On view through Saturday, February 4th

THE VISITOR’S HOURS
The Franklin will be occupied by a nomadic sculptural infrastructure that will serve as the support and ground for hermetically produced art works by Christopher Smith. The sculptural infrastructure is composed of a simple “L” shaped module that “mirrors” the signature 45-degree angle of the Franklin’s stylized diagonal motif by literally doubling it to 90 degrees. Connected by a system of impermanent joints that allow for quick assembly, disassembly, and easy transportation, this modular system allows the structure the ability to fill any volume like an amorphous tent. This will result in a three-dimensional mapping of Smith’s brain moves and limit external associations from infecting the work. The Visitor’s Hours will run concurrently with the group exhibition Visitation Rites located in the Franklin’s fire pit.

VISITATION RITES
A national slew of artists have contributed sacrificial sculptures to be consumed by the Franklin’s ritual fire pit. All sacrifices and peripheral behavior will be monitored be the all-seeing video eye of the Franklin, and kept on record for later review. Visitation Rites runs concurrently with Christopher Smith’s solo exhibition The Visitor’s Hours at the Franklin.

Christopher Smith pontificates about the fascist backdrop in RoboCop(the original) from his apartment in Chicago, IL. He has had solo exhibitions at Antena in Chicago, IL, and at Mesa Project Space in Portland, OR. He is the director of Medicine Cabinet and Sofa King. Screen name Thumper of the Michigan Militia hails his work as “interesting”. Most recently, he drew a picture of a man getting punched in the face for Yeah Boardshop.
http://www.visualdesolation.tumblr.com/ 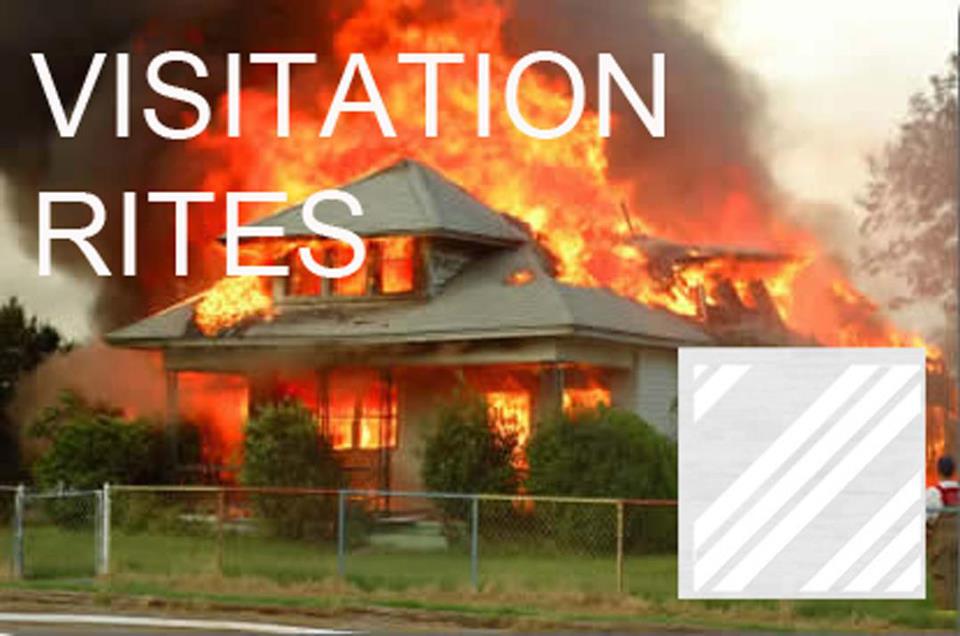