On view through Friday, February 8th

A painting is a thing which requires as much cunning, rascality and viciousness as the perpetration of a crime.

The scenes of free Iraqis… are breathtaking.

Stretches Topless presents a group of paintings alongside excerpts from an ongoing video piece, created with Fred Schmidt-Arenales. This arc of recent work seeks a layered understanding, an embrace and a neurotic questioning: how to picture gesture through language?

The work begins with YouTube footage of the toppling of Saddam Hussein’s statue in Baghdad, April 2003, and Rumsfeld’s precarious ellipsis. In a series of video performances, I direct Fred to translate the image of the toppling statue into a repeatable, embodied movement. Performed in different locations, in private and public, this process opens up over time. The resulting footage conveys an athletic interpretation, and an increasingly fluid translation between director and performer.

I use these performances as material for a group of large oil paintings on nylon sheets, pulling imagery directly from the performances, and from the associations they generate. The paintings are viewed contingently and transparently, shifting between modes of depiction—between figurative idiom and objectification—and proposing a kind of analysis through play. My paintings are in an open relationship with expression. They do not unpack the logic of the performances, and the video work does not provide a key to the paintings. Instead, these elements provide alternate, simultaneous views. Stretches Topless questions how different representations of an event live together in the same room: how to enter, and how to move between them.

Sarah Mendelsohn was born in New York and currently lives in Chicago. She recently received a B.A. in visual art and anthropology from the University of Chicago. 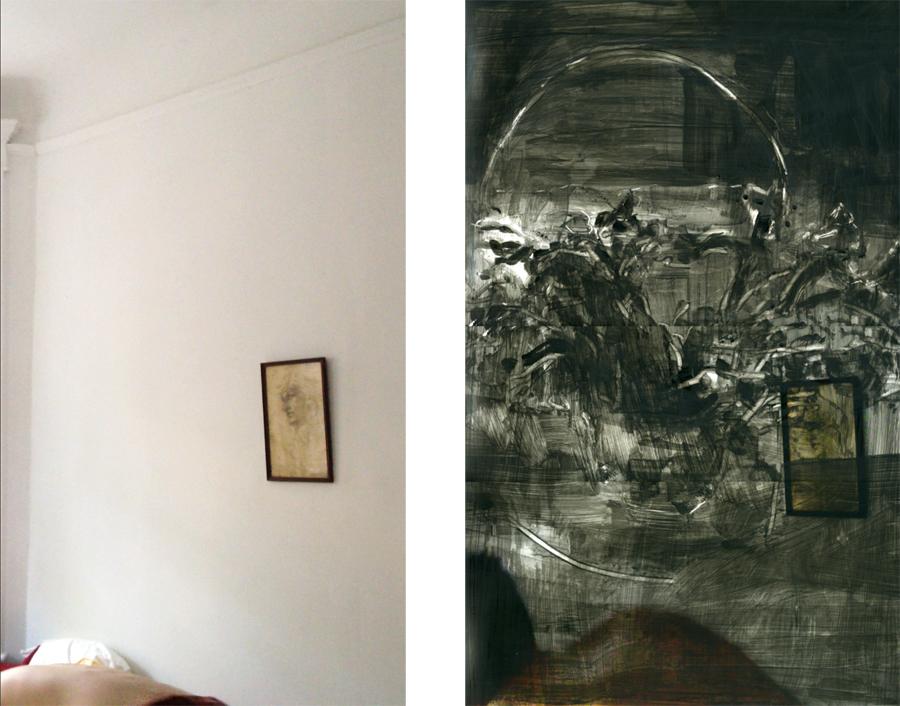