A story about bodies at edges and edges of bodies, fleshy totterings and corporeal precarities, thinking through bodies and bodily thoughts.

Kira O’Reilly is a UK based artist; her practice, both willfully interdisciplinary and entirely undisciplined, stems from a visual art background; it employs performance, biotechnical practices and writing with which to consider speculative reconfigurations around The Body.

Since graduating from the University of Wales Institute Cardiff in 1998 her work has been exhibited widely throughout the UK, Europe, Australia, China and Mexico. She has presented at conferences and symposia on both live art and science, art and technology interfaces. She has been a visiting lecturer in the UK and Australia and U.S.A in visual art, drama and dance. Most recent new works have seen her practice develop across several contexts from art, science and technology to performance, live art and movement work.

Normally a solo artist she took part in the devising process and performed in Robert Wilson directed ensemble work Life and Death of Marina Abramovic, 2011/2012/13

She is currently an AHRC funded creative fellows at Department of Drama, Queen Mary University of London.

This event is made possible by support from the Myers Foundations.

Presented in association with IN>TIME Festival of Performance Art and the Block Museum of Art. 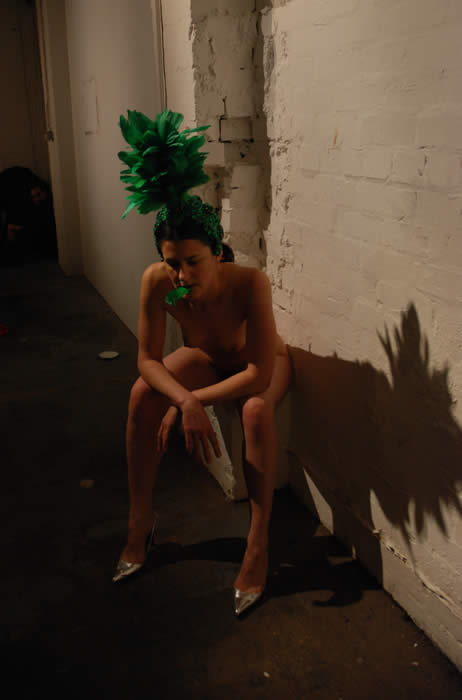