On view through Saturday, January 12th

People are strange. They can be such idiots, and so violent. American culture is so ass-backward, yet so sickeningly appealing. Paul Perkins knows this all, and thinks about it, maybe a little too hard, as he cuts up tiny pieces of cellophane and construction paper in his carnivalesque basement studio on the south side.

Perkins’ three-dimensional “paintings”, tediously constructed out of non-art materials collected from dollar stores and craft chains, are 21st century Goyas, calling attention to the injustices and ethical anomalies in the world. Each tiny piece of paper, plastic, glue and felt is a brushstroke, referencing expressionist tradition and vitality, and every iridescent shard lures us in at a carnal level — much in the way that sensationalistic television might. We are left with overstimulated senses, awkward smiles and a sickeningly sweet film in our mouths. What do icons like Bernie Madoff, Grover and Trayvon Martin have in common, and how does their symbolic weight shift when their likenesses are constructed from the detritus of a six year old’s pizza party?

Perkins’ work invites you to think about our culture from a new perspective, to look outward, to start a conversation or to simply sit back and enjoy the bright colors. Creation, for Perkins, has become a tool for defense — rainbow-colored glasses and duct-tape umbrellas to shield from the social shitstorm. 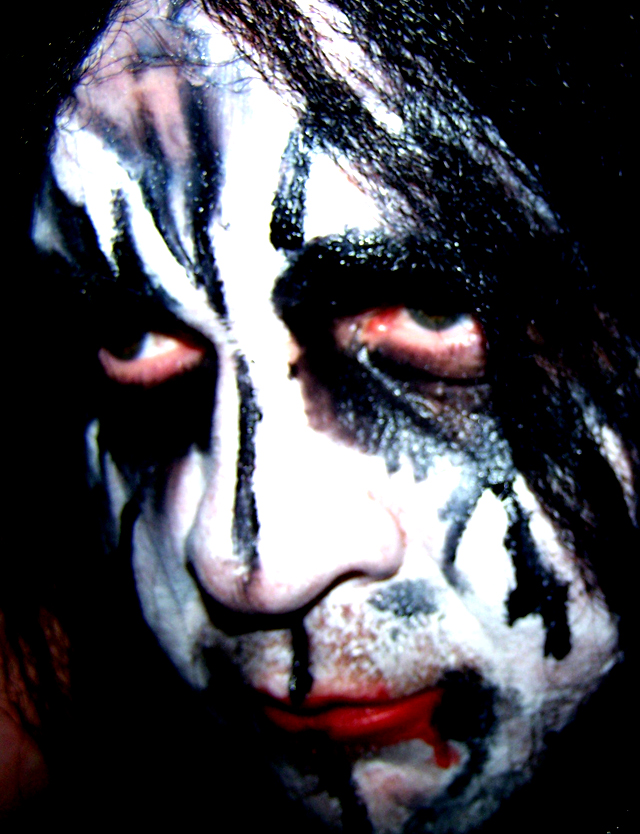