T. J. Clark was born in Bristol, England, in 1943, and educated at Bristol Grammar School, Cambridge University, and the Courtauld Institute of Art, University of London. He has taught at various places in England and the U.S., since 1988 at Berkeley, where he is at present George C. and Helen N. Pardee Chair, and Professor of Art History. His books include The Absolute Bourgeois: Artists and Politics in France, 1848-51 and Image of the People: Gustave Courbet and the 1848 Revolution, both 1973; The Painting of Modern Life: Paris in the Art of Manet and his Followers, 1985; Farewell to an Idea: Episodes from a History of Modernism, 1999; and (with Iain Boal, Joseph Matthews, and Michael Watts: under the name “Retort”) Afflicted Powers: Capital and Spectacle in a New Age of War, 2005. 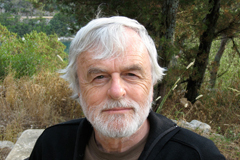