On view through Monday, December 10th

N.N. (Ningún Nombre/No Name), a performative installation by artist Mandy Cano Villalobos, is on view November 10th through December 10th at La Casa Cultura Calles y Sueños. This exhibition commemorates those who died under the South American dictatorships of the 1970s and 80s. Engulfed by rusted boxes containing CIA documents, photographs and newspaper clips, the artist retrieves worn images and sews over the victims depicted. To the side of her, Cano Villalobos amasses a second pile of indistinguishable victims upon the floor. Her endless task questions the process of healing and remembrance that continues in present-day Chile, Argentina, and Brasil, among other countries. The artist also brings to light U.S. and Latin-American relations, both then and now.

About Calles y Sueños-Chicago :
Calles y Sueños-Chicago is an autonomous project headed by Christina Obregon, and co-coordinator Juan Carlos Bueno both who are cultural activists and advocates of the Pilsen community, who work to provide an alternative space for local and international artists, musicians, poets, and activist. The project has provided the Pilsen community with exhibitions, performing arts, music, film and cultural workshops with regard to the understanding that where there is a need there lies an opportunity for those passionate about change. 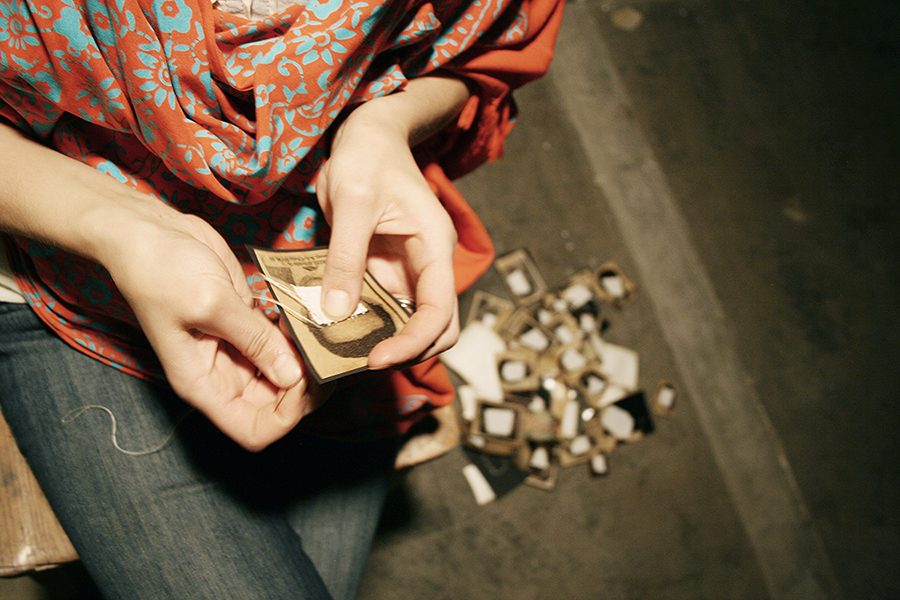