“Who is better: The Beatles or the Rolling Stones” is clearly one of the greatest and mostly hotly debated epistemological questions of the last century.

“Who is the best?” is a question no one bothers to ask. The matter is, to borrow a term from John Roberts stare decisis: The Fall.

Oli Watt knows it, I know it, a whole slew of brilliant and artsy folks know it and now D Gallery celebrates the greatest rock band in the history of the world with Karaoke: The Fall a group exhibition of posters for karaoke nights exclusively featuring the repetitive music made over the last 30+ years by a seemingly constantly shifting cast of characters and the pill addled mumbling and exclamations of the bard of Manchester, the one and only Mark E Smith. 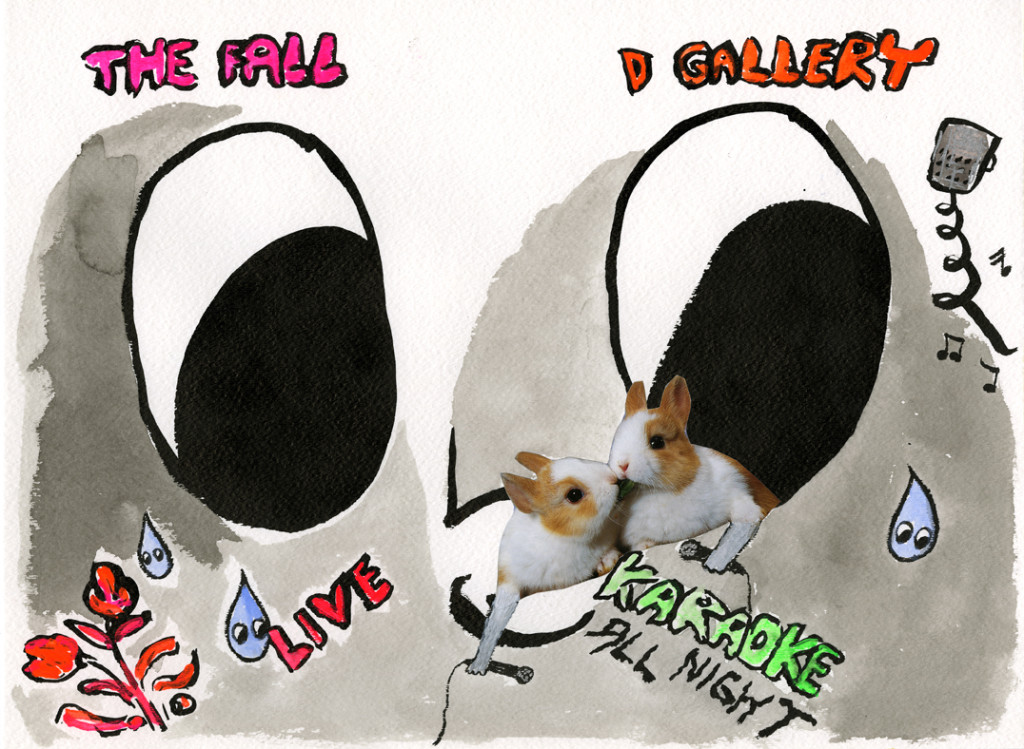