Caroline Jones studies modern and contemporary art, with a particular focus on its technological modes of production, distribution, and reception.

She is the recipient of fellowships from the National Endowment for the Humanities and the John Simon Guggenheim Foundation (among others), and has been honored by fellowships at the Newhouse Center for the Humanities at Wellesley College (2009-10), Institute national d’histoire de l’art in Paris (2006-07), the Wissenschaftskolleg zu Berlin and the Max Planck Institüt (2001-02), the Institute for Advanced Studies in Princeton (1994-95), and the Stanford Humanities Center (1986-87).

Her books include Eyesight Alone: Clement Greenberg’s Modernism and the Bureaucratization of the Senses (2005), Machine in the Studio: Constructing the Postwar American Artist, (1996/98, winner of the Charles Eldredge Prize from the Smithsonian Institution); Bay Area Figurative Art, 1950-1965, (1990, awarded the silver medal from San Francisco’s Commonwealth Club); and Modern Art at Harvard (1985). She edited Sensorium: Embodied experience, technology, and contemporary art (2006) and co-edited Picturing Science, Producing Art (1998). She has published on subjects ranging from Francis Picabia to John Cage to new media art to biennial culture, in journals such as Artforum, Critical Inquiry, Res, Science in Context, caareviews online, Texte zur Kunst, and Cahiers du Musée national d’art moderne. Jones’s ongoing research interests include globalism and new media art, which will be published in her forthcoming book Desires for the World Picture: the global work of art. 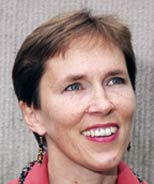