Bret Slater: An Amulet that Natters

On view through Saturday, December 22nd

Concurrently, the gallery is pleased to present in its project space An Amulet that Natters: an exhibition of new paintings by Dallas-based artist Bret Slater, November 9 through December 22, 2012. There will be an opening reception Friday November 9, 6:00 – 8:00 PM.

Slater’s small-scale acrylic paintings seem to be breathing and looking back at the viewer, possessing an identity and soul of their own. Equally as objects, they may be viewed as charms, amulets, or ancient relics imbued with ritualistic magic powers that point toward non-specific universal traditions. Individually, the paintings appear as linguistic symbols of a forgotten vernacular, silently chanting
incantations, each affecting and protecting their viewers differently.

Bret Slater (b. 1987 Bronx, NY) lives and works in Dallas, TX. Prior to this exhibition, he had solo exhibitions in 2011 and in the gallery’s project space in 2010, as well as solo exhibitions in Brussels and Dallas. His 2012 exhibition at Elaine Levy Gallery in Brussels was named one of the Best 100 Shows internationally by Modern Painters magazine, as was his show at Thomas Robertello Gallery last fall. The same publication also announced Slater as one of the Top Artists to Watch in 2011. He recently received the “Rising Star in Art” award by the Fashion Group International, Dallas, TX. His work has been acquired by the Dallas Museum of Art and will also enter the collection of the Indianapolis Museum of Art later this year. 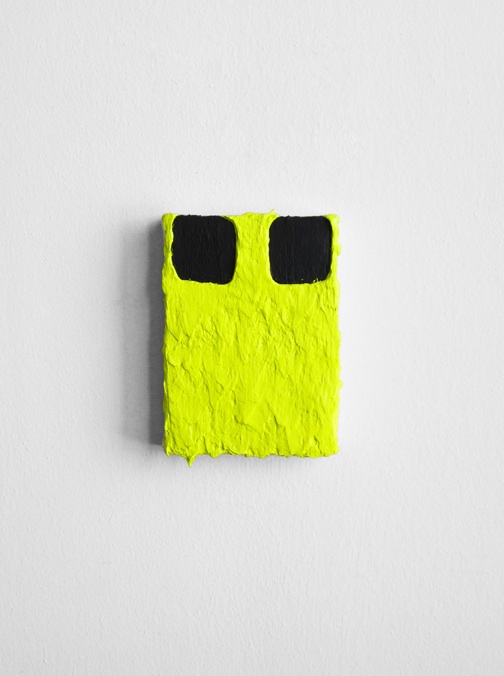