In his third solo show with Western Exhibitions, MARK WAGNER continues his exploration of the US Dollar as material, from cutting up the bill for elaborate collages, to drawing, painting, and printing on it. Subverting and subduing the almighty dollar thusly, the symbol reverts to its simplest identity… that of ink on paper.

The show opens on Saturday, October 27 with a free public reception from 5 to 8pm.

Portraits of the Barack Obama and Mitt Romney hang side by side, installed in a stylized voting booth. On close examination, viewers see that their faces are literally made of money. Cut up US dollar bills form their entirety… Federal Reserve seals become pupils, leaves and hollyhocks stand in for hair, framing and line-work twist to form the contours of each face. Given the materials used, it is unclear whether one should stuff a vote or a donation into the ballot box. “Voting with your Pocketbook” offers a critique of the US democratic process and its fixation on finance. Can a competition waged over ginormous campaign war-chests, PACs, and Super-PACs, really said to be democratic?

The exhibition hosts hundreds of overprinted and drawn on dollar bills. Some hang individually, others are taped together into larger sheets. Coarsely pixelated pop imagery, overprinted grids, bar graphs, and Rorschach ink blobs accompany pop poetry texts of consumption and redemption. All together the drawings emphasize that the US dollar and country of its origin represent vastly different things to different people.

Brooklyn based artist Mark Wagner has been referred to as “the Michael Jordan of glue” and “the greatest living collage artist”. His collage and artist books are collected by dozens of institutions. They have shown at Metropolitan Museum of Art, The National Portrait Gallery, The Getty, and The Walker Art Center. His monumental currency collage “Liberty” will be on view at the Haggerty Museum in Milwaukee from August 22nd to December 22nd, 2012.

Western Exhibitions is pleased to present our third solo show with Nicholas Frank, The Secret Choreographer: For Lost Walls (After Brätsch & UB) with Nicholas Frank. This show, a single channel video installation refracted into mutliple images by sculptural intervention, opens on SATURDAY, October 27 with a free public reception from 5 to 8pm.

This first installment in a new sequence of The Secret Choreographer’s ongoing activities, the video For Lost Walls (After Brätsch & UB) features a dance designed for its backdrop, a suspended Kerstin Brätsch painting-on-clear acrylic backlit by a portable tanning-light set in place by United Brothers; the event from which this ‘set’ derives occurred at the Green Gallery West in Milwaukee in 2011. As with other current entries in The Secret Choreographer’s (TSC) performance/video document sequence, For Lost Walls performs the dual purpose of memorializing a fleeting show/performance/event now lost to history, and catalogues the process of observing the transformation of a present event into historical consciousness. Likening this process itself to an act of choreography by a ‘secret’ director or unseen/unknowable collective entity, the dance-work of The Secret Choreographer mimics and refracts it.

Collaborator Nicholas Frank’s sculptural setting for the video is designed specifically to complexify the movement and perceptual equation set up by TSC’s scenario, to offer a framing device meant to bring the performance document into a ‘continuous present,’ Frank’s catch-all term for photographic representations of any sort, and for history’s photographic tendencies.

Frank has recently presented this installation at The Green Gallery East in Milwaukee and Lump Gallery in Raleigh, North Carolina. Amy White, reviewing the show for Raleigh’s Independent Weekly, provides an apt summation of the project:
The video is projected through a complex sculptural apparatus of upside down, L-shaped pedestals and Plexiglas, so that the projection is interrupted by luminous geometric lines and the phantom image of an unidentified abstract painting. The video appears in full form on one wall and refracts prismatically against other surfaces in the space, kind of the way histories are skewed by multiple retellings and false representations.

In addition to the recent Lump and The Green Gallery shows, Frank has shown at the John Riepenhoff Experience at Pepin Moore in Los Angeles, The Poor Farm in Manawa, Wis., the Madison Museum of Contemporary Art in Wisconsin, 47 Canal and Small A Projects (now Laurel Gitlen), both in New York and Tanzschuleprojects in Munich. Frank was the chief curator at the Institute of Visual Arts at UW-Milwaukee from 2006 to 2011 and is a co-founder of the Milwaukee International, creators of the Milwaukee International Art Fairs and the Dark Fairs. Frank recently wrote a catalog essay for Michelle Grabner’s retrospective at INOVA. He lives and works in Milwaukee, Wis. 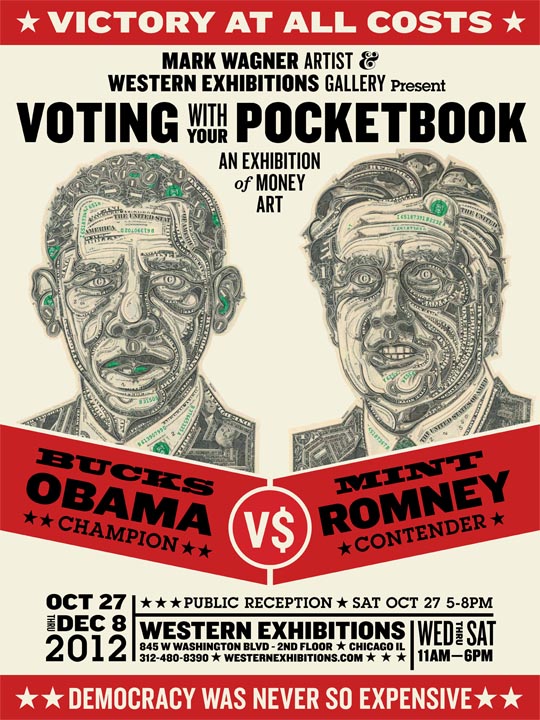