Corbett vs. Dempsey is pleased to present You Gotta Do What You Gotta Do, its first exhibition of new works by Joyce Pensato.

Working largely in black and white, and often with signature images drawn from comics and popular culture, Pensato is an exuberant expressionist painter. A native Brooklynite, she has lived and worked in the borough for her entire career. Over the last ten years Pensato has slowly but surely garnered an international reputation for her darkly provocative and often poignant paintings.

In this exhibition Corbett vs. Dempsey will present a group of brand new paintings, including images of Groucho Marx and South Park Kenny, as well as a startling new batch of painting collages, a new facet of her oeuvre. These bold and explosive works often begin as splatters from her canvases, migrating onto other surfaces in her studio, which are grafted together into photographic assemblages featuring the likes of Muhammad Ali, Marlon Brando, and Al Pacino. Additionally, specially concocted for Corbett vs. Dempsey, Pensato will install selected elements and splattered sculpture from her studio.

This exhibition comes on the heels of Pensato’s wildly successful show Batman Returns that opened at Friedrich Petzel Gallery in New York earlier this year, and anticipates her upcoming 2013 exhibition at the Santa Monica Museum of Art, curated by Jeffrey Uslip. 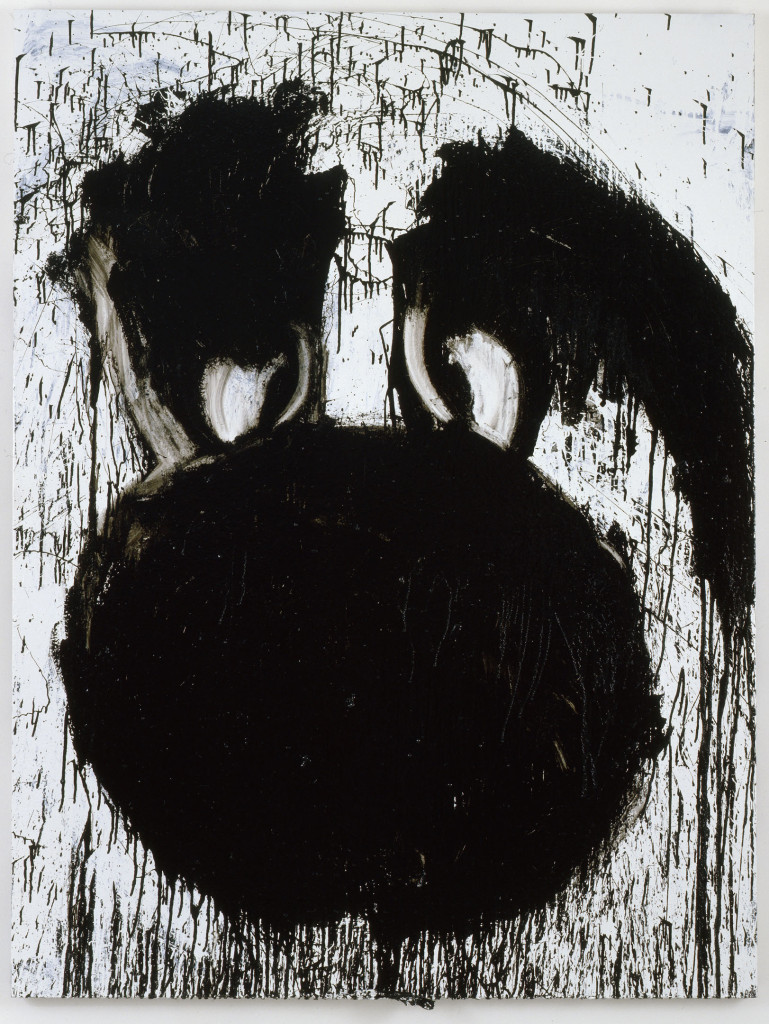