FEMININE RECALL – a nod to women filmmakers from the Midwest who have taken an activist role in their work.

This program initiates an ongoing partnership between CFA and CAWHC formed to identify and acknowledge women filmmakers who played an activist role in Chicago’s history. Feminine Recall also contributes to portoluz’s year long program “WPA 2.0,” about the depression-era WPA and it’s relevance to the current economic and labor situation today.

Following the program, Alison Cuddy will lead a discussion with Chuck Kleinhans, Associate Professor Emeritus, Northwestern University, Julia Lesage, Professor Emeritus, University of Oregon, and Joe Hendrix, husband of JoAnn Elam. Kleinhans and Lesage were colleagues and friends of Elam and are currently editors of Jump Cut, a cinematic journal they founded in 1974. Hendrix and Elam met while working at the Post Office.

LIE BACK AND ENJOY IT: A FILM ABOUT JOANN ELAM, 2012, Jessica Bardsley, music by Tim Kinsella, Video, 9 min.
As part of our CFA Media Mixer 2012 Benefit at the Hideout, we asked 3 local video artists and 3 local musicians to team up and create 3 video pieces made up of CFA footage. This video is the result of Jessica Bardsley and Tim Kinsella’s collaboration for the project, and premiered at the August 17th event. The film is a biopic, or introduction of sorts, to both JoAnn Elam and her extensive collection of films and videos at Chicago Film Archives.

EVERYDAY PEOPLE, 1979-1990, JoAnn Elam, Video, 22 min.
JoAnn Elam (1949-2009) was a feminist, experimental filmmaker whose films and papers were recently donated to Chicago Film Archives. Her unfinished project, EVERYDAY PEOPLE (filmed from 1979 to 1990), is based on her experiences as a letter carrier for the US Postal Service in Chicago. Camera in hand, Elam follows co-workers as they deliver the mail throughout various Chicago neighborhoods. Elam’s construction of this film-in-progress creates a lovely cadence and rhythm that transforms the repetitive motions of the postal worker – pushing the mail cart, carrying the bag, avoiding the dogs, opening the gates, and climbing the steps to the front door – to something poetic yet startlingly familiar. Their stories (heard mostly in voice-over) are those of everyday people who at the time struggled with issues of race and gender in relationship to their work. Papers suggest that Elam intended to expand the story into the political struggles they faced with the administration and the union, as well as larger issues related to the history of labor struggle and activism in the United States. EVERYDAY PEOPLE was never released. This is the first public screening of this film in the form of a rough-cut and works as an introduction to Elam’s creative processes that spanned over a decade.

UNION MAIDS, 1976, Jim Klein, Julia Reichart, Miles Mogulescu, 16mm., 55 min.
Nominated for an Oscar as Best Documentary Feature in 1976, UNION MAIDS is a film about three Chicago women who lived through the raucous and sometimes violent era of the 1930s depression. Forty years later, Kate Hyndman, Stella Nowicki and Sylvia Woods recall with surprising clarity the labor movement that took hold during the worst economic downturn in US history. Stella worked in the Chicago Stockyards, Kate worked in a factory that made athletic supporters and Sylvia did laundry. Their stories are intercut with historical footage, and, according to Pauline Kael in 1976, present “one of the most blithe and humorous reports of social struggle we have seen on film.” 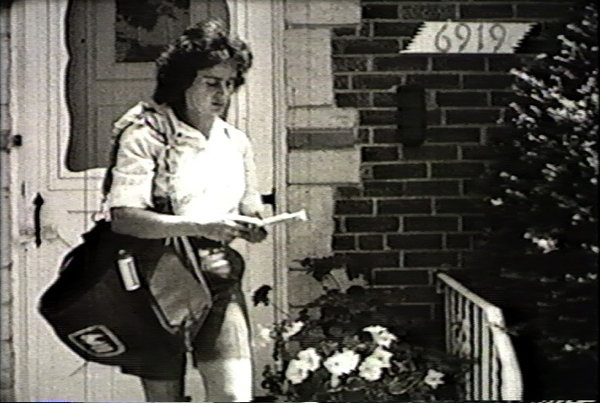