On view through Monday, October 8th

QUIET ECHO ON LOUD WIND
Laura Hart Newlon and Hilary Baldwin did not plan on making collaborative work together, but upon arriving at ACRE they met and began to build structures in the landscape. Fluorescent tape stretched around wooden frames and planted in the ground or hoisted into the air altered the view from the ACRE dining hall. The structures came to life when a gust of wind passed through the frames, sending the tape into brief, but furious fits of agitation–both giving form to, and taking shape from the wind.

Newlon and Baldwin spent many hours in the gallery considering ways in which the spirit of their structures–still standing in Wisconsin, might find resonance in the gallery. The structures and projections in this show encourage movement through the gallery and awareness of scale. Each change in position reminds the viewer of where they stand in relation to the image source, the structures, and other people, as shadows interrupt the flow of light and the image changes scale on the wall beyond the frame.

By enacting a practice she characterizes as “translating a gesture between media,” Sofia Leiby offers viewers a chance to perform their own reveal. Her work often begins with a painting, photograph, or drawing, which she then alters through screen printing, photocopying, blind contour, or peripheral gazing. For this exhibition Leiby has created an artist’s book that provides a glimpse into this practice and references the central role that writing plays in her creative endeavors.

Leiby’s work has been placed around the gallery to reference this important aspect of her practice. Moving through the gallery, the sight of a print that resembles a painting the viewer encountered moments earlier, establishes a relationship to the first work through a memory. An echo. Something that was uttered and returned slightly different, with a change in volume and shape.

Here three artists have taken memories that are deeply rooted in knowledge of a place and allowed them to resound off the walls of the gallery. It is in the movement from drawing to screen printing and from sculpture to moving image, that we gain distance from the original site, but are also reminded of its capacity for continuity in new forms.

SOFIA LEIBY is an artist and writer interested in the influences of media-dominated society on artistic production. Her work has been exhibited both nationally and internationally, including recently at Manifest Exhibitions and peregrineprogram in Chicago; Nudashank in Baltimore; and Beach in London. Additionally, she is a contributing editor for Pool, an online publication focusing on media theory and expanding the discourse between online and offline cultural realities. In 2011 she received her BFA in painting and printmaking from SAIC. She lives and works in Chicago.

More information about Sofia Leiby can be found at www.sofialeiby.com

LAURA HART NEWLON is an artist whose work explores the intersections of memory, trace, landscape and place. Her practice engages with a variety of media, including photography, video, sculpture and installation and is influenced by her prior graduate studies in cultural and visual anthropology. Newlon’s work has recently been exhibited at Photographic Center Northwest (Seattle), Ouch My Eye (Seattle), Sandbox Studios (Portland) and Pravda (Seattle). Currently based in Chicago, she received her MA in Cultural Anthropology in 2010 and will complete her MFA in photography this year at SAIC.

More information about Laura Hart Newlon can be found at www.laurahartnewlon.com

HILARY A. BALDWIN is an artist and educator working in sculpture, painting, and installation. Her solo and collaborative work has recently been shown at Camel Art Space, Brooklyn, NY, Repetti Gallery, Queens, NY, Horton Gallery, New York, NY, and The Firehouse Gallery, Burlington, VT, and she has been awarded residencies at The Byrdcliffe Arts Colony in Woodstock, NY and The Museum of Arts and Design in New York. She received her BFA from the Maryland Institute College of Art and her MFA from The School of The Museum of Fine Arts in Boston. Hilary recently moved to Chicago from Brooklyn, NY.

More information about Hilary Baldwin can be found at www.hilaryabaldwin.com 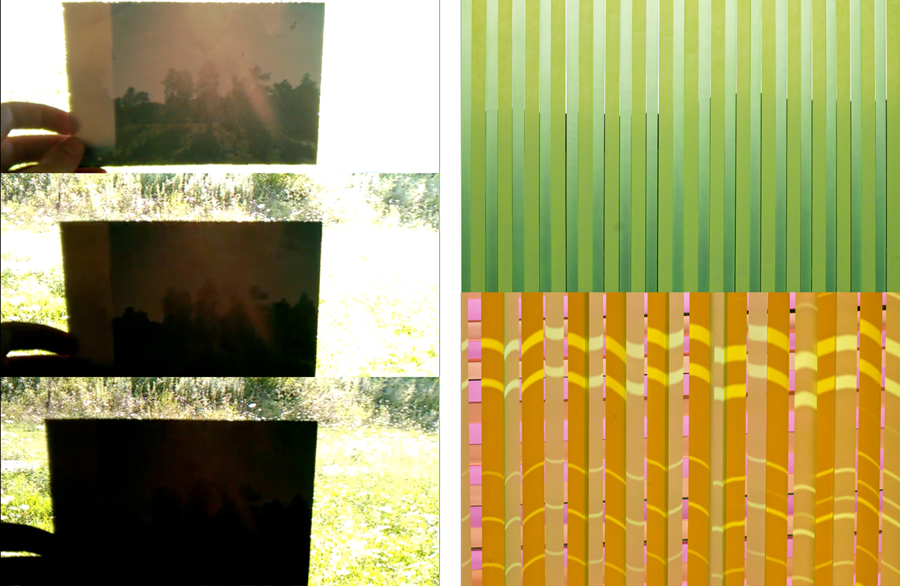