On view through Sunday, March 3rd

This exhibition traces the fruitful and decades-long intersection of the celebrated avant-garde composer and artist John Cage (1912-92) with the MCA. Cage was “there at the beginning,” performing in a work with fellow-Fluxus collaborators Dick Higgins and Allison Knowles as part of the October 1967 opening celebration of MCA’s inaugural exhibition, Pictures to be Read/Poetry to be Seen. Over the years he returned numerous times to Chicago, where he had lived in the early 1940s, often stopping at the MCA to execute various projects or see friends. Perhaps his best-known project with the MCA was part of the 1982 “New Music America” festival, where he created “A Dip in the Lake: Ten Quicksteps, Sixty-two Waltzes, and Fifty-six Marches for Chicago and Vicinity” (1978), a score created on a map of Chicago. Also on view are scores and books drawn from the over 80 items that represent Cage in the MCA Artists’ Books Collection, and ephemeral materials such as letters written to MCA staff and other historical documents that trace Cage’s legacy at the MCA.

In conjunction with the exhibition, The MCA Stage presents a concert on October 6 by ICE (International Contemporary Ensemble) titled John Cage: Correspondences to Correspondence: Cage and Boulez. This program explores the music and relationship of John Cage and Pierre Boulez, two very influential and innovative 20th-century composers. 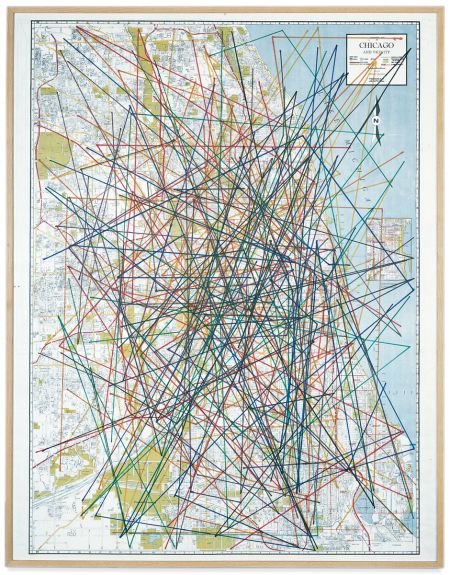