Please join us for our opening reception for an upcoming exhibition, Joel Dean : The Real Problem.

In this new body of work Joel Dean uses the utilities of painting to explore the territory between the psychological space of a constructed image and the drama of the material used to build that narrative. Drawing on the mise-en-scène techniques of early 20th century German film and the writings of Jean Baudrillard, The Real Problem revolves around four large canvases depicting a pair of graphic cactuses isolated in front of a surreal and barren landscape stretching away to an empty horizon. These scoured scenes are joined by sculptural elements including an oasis in the form of a water pitcher with glasses and a tessellated installation of one hundred variously degraded paintings of Pokey, the shape shifting sidekick from Art Clokey’s Gumby. A brooding rumination on flatness, Dean’s paintings use an emotive, yet removed quality that delineates their constituent parts while subversively volunteering the seduction of illusion as an essential, but ruinous condition of the 21st century. 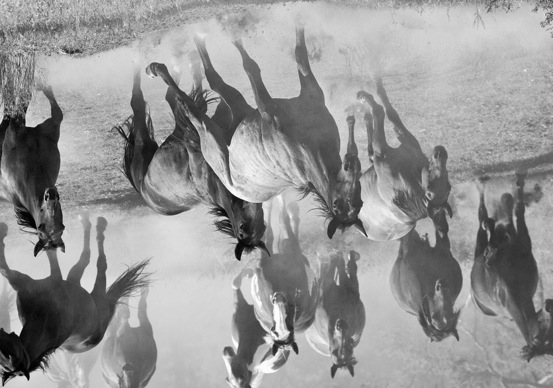