The work of Bill Berger experiments with slow change and entropy. He works mainly in video and non-traditional photography. His recent works involve the effects of decay brought on by long exposure to sunlight and shadows.

On view will be new sculpture by Heather Mekkelson. Much like her previous work, Debris Field, Mekkelson’s new works show a clear event-narrative—that something menacing, traumatic or apocalyptic has occurred. But a feeling of déjà-vu, an impression that something is “off”, or a realization of the impossible, leads to a second-look that reveals the fiction she has imposed on the sculpture. With this new body of work, the focus shifts to singular objects and discrete groupings that capture indescribable aspects of confronting the ruin of modern life.

Berger received his BFA from the School of the Art institute of Chicago in 2006, and is currently a pursuing his MFA in photography at the University of Illinois at Urbana Champaign. Bill lives and works in Chicago IL and Champaign IL.

Heather Mekkelson is a Chicago-based artist. She received an MFA from the University of Illinois at Chicago and a BFA from The School of The Art Institute of Chicago. Solo exhibitions include threewalls (Chicago), Old Gold (Chicago), and STANDARD (Chicago). Her work has also been included in group shows at The Museum of Contemporary Photography (Chicago), The Figge Art Museum (Davenport, IA), Dominican University (River Forest, IL), The Poor Farm (Manawa, WI), Raid Projects (Los Angeles, CA), and Vox Populi (Philadelphia, PA). She has had her work published in Art Journal, Broadsheet (The Contemporary Art Center of South Australia), Time Out Chicago, Chicago Tribune, and Artforum.com. 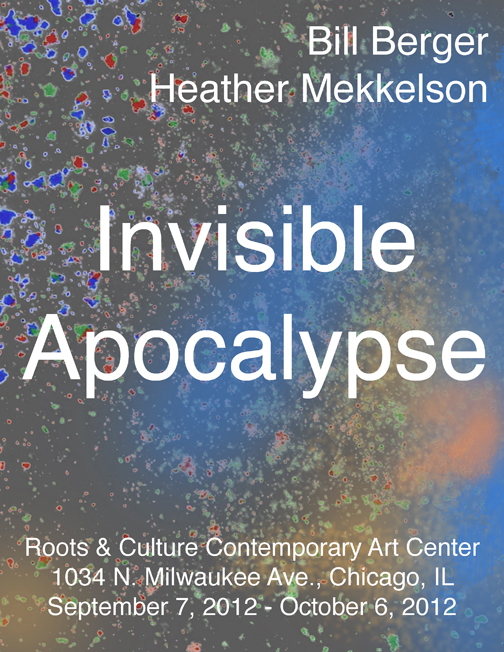