Seymour Rosofsky (1924-1981) is one of the key figures in twentieth century Chicago art. Emerging in the late 1940s as part of the movement later dubbed the “Monster Roster,” alongside Leon Golub, Nancy Spero, June Leaf, and Dominick Di Meo, he initially painted grotesque, existentially angst-ridden figures, perfect little monsters. By the early 1960s, Rosofsky had begun to develop a singularly fantastical style rooted in observational painting, creating unflinching masterworks like “Unemployment Agency” (currently hanging in Mayor Rahm Emanuel’s office) and “Homage to Spain, Thalydomide Children, Others” (in the collection of the Art Institute of Chicago). Rosofsky’s brilliance as a painter is widely recognized, but he was also a spectacular draughtsman with a particular interest in drawing as both a process and a medium. Xylophone Solo spotlights fifteen great drawings – pencil, watercolor, pastel, charcoal – from the Rosofsky archives, some closely related to paintings, some imagined and executed entirely on their own. The exhibition is accompanied by a 44-page catalog with reproductions of all these and more Rosofsky works on paper.

In the West Wing, CvsD presents the Chicago debut of Keiichi Tanaami. Born in Tokyo in 1936, Tanaami has been active as a video artist, animator,
designer, and visual artist since the 1960s, and his enormous oeuvre continues to expand with ever stranger images that, since a near-death experience in 1981, have had a bardo-like hallucinatory buzz. This small exhibition spotlights a series of exquisite, over-the-top drawings that Tanaami made in the late 1960s after his first trip to New York. Dazzlingly brazen and oversexed, riffing on the pornographic excesses of American pop culture, these superheated ink outings were much loved by Yamataka Eye of the Boredoms when they were rediscovered in the late 1990s. 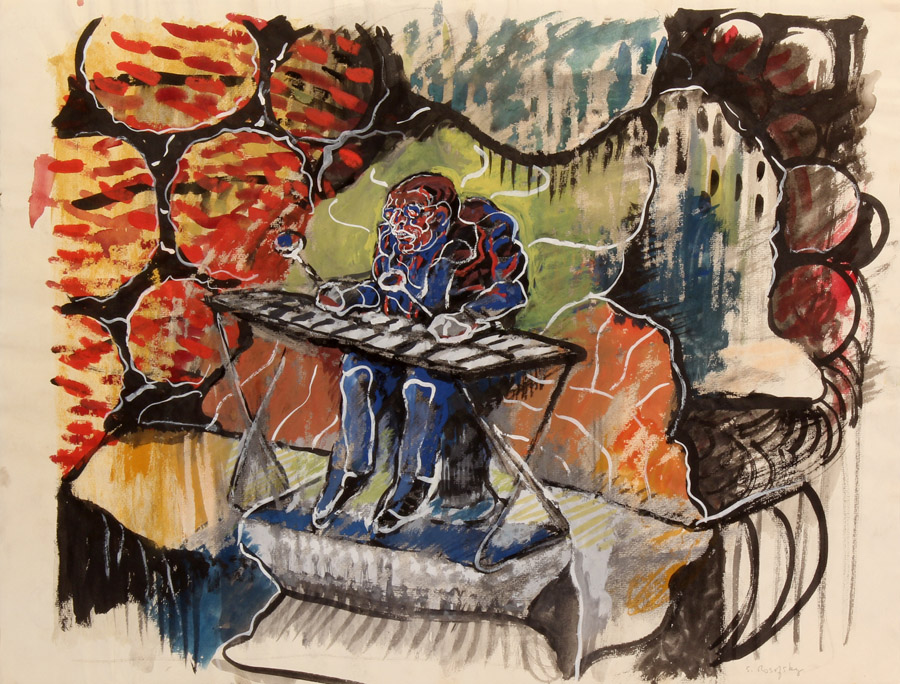