On view through Friday, July 27th

By utilizing pornographic imagery, Ivan LOZANO has reinterpreted the superstition and mysticism that has surrounded religion from its inception, while identifying the process that is the practice of both art and faith.

The gallery has been transformed into a basilica and the art has become the icons of worship via his direct reference to his Catholic upbringing in Guadalajara. The “Stations of the Cross” have been reimagined through sculptures of video stills from adult films that are direct reflections of our natural deviance. Whether it be pain or ecstasy, the viewer must submit to the subjectivity of Lozano’s work while literally becoming one with the piece as the altar fast approaches and the space becomes charged with reverence from the overstimulation of a ritualistic narrative.

IVAN LOZANO – (b.1981, Guadalajara, MX) www.ivanlozano.net
Lozano has previously shown with Johalla Projects, however this is his first solo show. He completed his B.S. in Radio, Television and Film at the University of Texas, Austin in 2005 and was the recipient of the James Nelson Raymond Fellowship at the School of the Art Institute of Chicago, where he completed his MFA in Studio Art in 2011. His practice is rooted in folk/religious tradition and uses tech culture and materials such as gay pornography found online, wood, house paint, ribbon, jewelry chains, and mirrors to provide an air of sublimated elegance to his work. His work offers an alternative to the understanding of the world through digital image files that is fast becoming an inescapable condition of the digital age. Ivan lives and works in Chicago, IL. 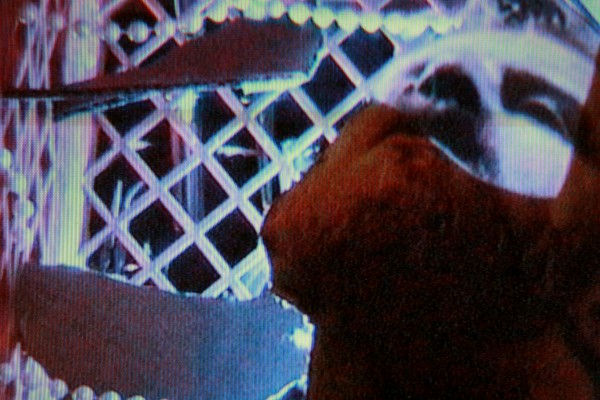