On view through Saturday, August 18th

The inevitable pull towards consumption of new media suggests a well-established, powerful desire to be more completely immersed in the simulacra of sound and moving image. But as each new technology begins with a certain aura of luxury, its progress moves only towards obsolescence. For many of us who grew up in the 80s and 90s, the ever-present glow of television in the home made the VCR and VHS tape essential to our development. Video itself provided an escape, empowering us to watch, and before we knew how to negotiate our desires, we found ourselves submitting to its alluring trance. We watched as video established itself as a dominant force: entertainer, educator, and status symbol. The concerns of older generations who saw the popularity of video like a drug informing our desires was never greater than during this period. Now as the development of digital media has overthrown the dominant class of magnetic tape, VHS passes the gauntlet to its more attractive, technologically superior offspring.

Like the child whose bicycle transforms into a motorcycle using a playing card, the simple act of pretending represents transcendence. In this new body of work, Hammes modifies VCRs and other discarded technologies to confront the transient cultural status of machines in the face of their own obsolescence. Using light, sound, and kinetics, 21 Motorcycles exploits the still functioning mechanical properties of consumer technologies, putting them to use in even more primitive functions. Utilizing the atonal sound of metal-on-metal compounds to become a swirling mechanical drone, the violent breaking down of the mechanism becomes metaphor. The intense volume and motion of Hammes’ new series suggests an emotional release of aggression of a technology unwanted by its user. Within these modifications the machine transcends its failures by confronting the transient cultural status of it’s own obsolescence.

Jacob C Hammes is an interdisciplinary artist living and working in Chicago. Hammes’ work is a broad exploration of the ambiguous distinction between perception and belief, and the physical and psychological conditions that inform the experience of space and sensory perception. Hammes has exhibited and performed throughout the US and internationally, most recently at the Grunwald Museum at Indiana University and Te Tuhi Centre for the Arts in Auckland, NZ. Hammes’ work and various projects have been reviewed in publications such as Art Papers, Proximity Magazine, and the Leonardo Music journal.

The Hills Esthetic Center is both a conventional and organic exhibition space located within a complex of artist’s studios and audio recording facilities on Chicago’s west side. Focusing on emerging artists and local arts initiatives, the space aims to promote a breadth of cultural production and invention in the service of independent artistic expression. We value a relaxed artist-controlled environment with the potential for the interaction of critical and social dialogues. 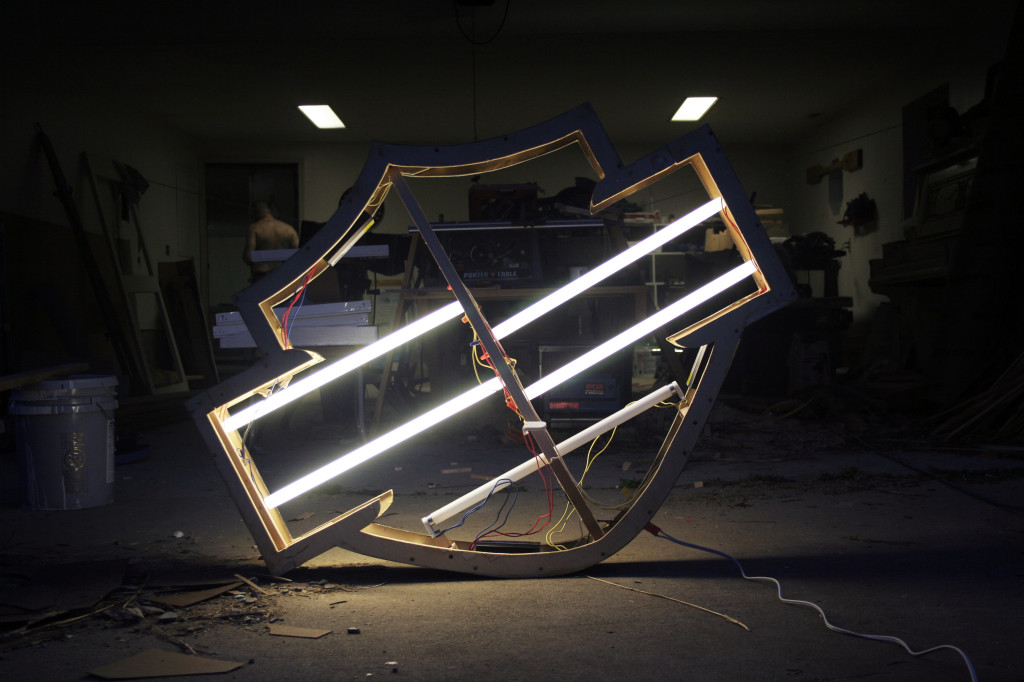