with music by Sissy Mena

Nathan Vernau’s artwork touches on themes of instability, insecurity, confusion and a misdirection of emotions. As self-portraits these drawings offer bits and pieces of his character, along with alternate identities or personas. Vernau’s artwork chronicles his life cycling through frustration, happiness, confusion, and disappointment. Specific, personal experiences that can be universally relatable act as the stimulus for his drawings.

Nathan Vernau was born in 1981 in the great state of Wisconsin. He earned his BFA from the University of Wisconsin-Stout in 2005. After earning his MFA from the University of Wisconsin-Madison in 2009, he moved to Chicago. His work has been reviewed by ArtSlant.com, ArtLog.com, and The Chicago Tribune, as well as featured in The Madison Review, New American Paintings, Studio Visit Magazine, and MISC Magazine. He has exhibited work at the Project Lodge, Overture Center for the Arts, Wisconsin Union Galleries, and the Common Wealth Gallery in Madison, Wisconsin. In Chicago he has shown at The Milk Factory, OhNo!Doom Gallery, Offwhite, and Robert Bills Contemporary. 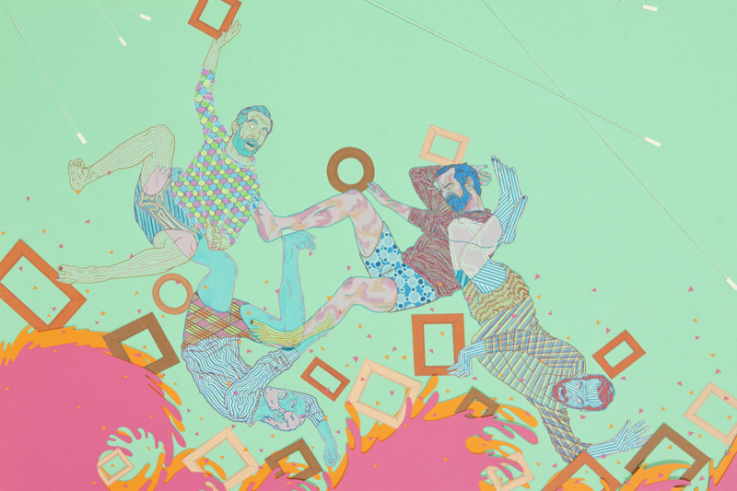