On view through Sunday, September 2nd

Intricate hand-woven wall hangings and new tulle veil constructions by Turkish artist Ani Afshar return to the Hyde Park Art Center this spring. “Woven Gardens, Shredded Shadows” will reveal a selection of acclaimed landscape tapestries Afshar produced in the 1990s, and debut artworks and installations created by Afshar since her return to weaving in 2007, which will be shown publicly for the first time. Guest curated by Frank Connett (artist and conservationist) in consultation with Richard Born (Smart Museum, Senior Curator), the solo show will span decades of textile work by the artist.

Afshar began her relationship with the Hyde Park Art Center as an art teacher in the school over 25 year ago. The Art Center first exhibited her work in 1987 as part of a three-person exhibition also organized by Richard Born who then described her tapestries as “simultaneously utilitarian objects and works of independent beauty intended both for use and appreciation at the same time.” This rich foundation is re-kindled and expanded in the upcoming exhibition. This monographic show will focus on stylistic consistencies and remarkable bead work in Afshar’s textile compositions from the 1990s to the present. Afshar will also debut a large wall relief installation made of found Turkish fabrics, tulle, beads, and wire that explore the disintegration of material over time, adding a temporal dimension to her work not present in her woven pieces.

Afshar’s multicultural upbringing inspires her beaded and woven contemporary artworks. Born in Istanbul, educated in Switzerland, and based in Chicago since 1975, Afshar draws on Eastern and Western traditions to craft her one-of-a-kind pieces. Afshar uses a range of color and diverse materials to create her artwork, which ranges from jewelry design to tapestries and installations. The artist became known for making one-of-a-kind wire jewelry in the 1990s, sold through her Lincoln Park boutique AniAfshar. Celebrated both in this country and abroad, Afshar’s textile and jewelry designs reflect artistic traditions from across the globe. In 2009 Afshar closed the boutique to devote her time to her contemporary artwork. She currently teaches Jewelry: Beads and Strings and Wires at the Hyde Park Art Center.

The exhibition will be accompanied by a color catalogue including an essay by Art Historian and critic, Dennis Adrian. The catalogue is made possible with the support of the Walter and Karla Goldschmidt Foundation. 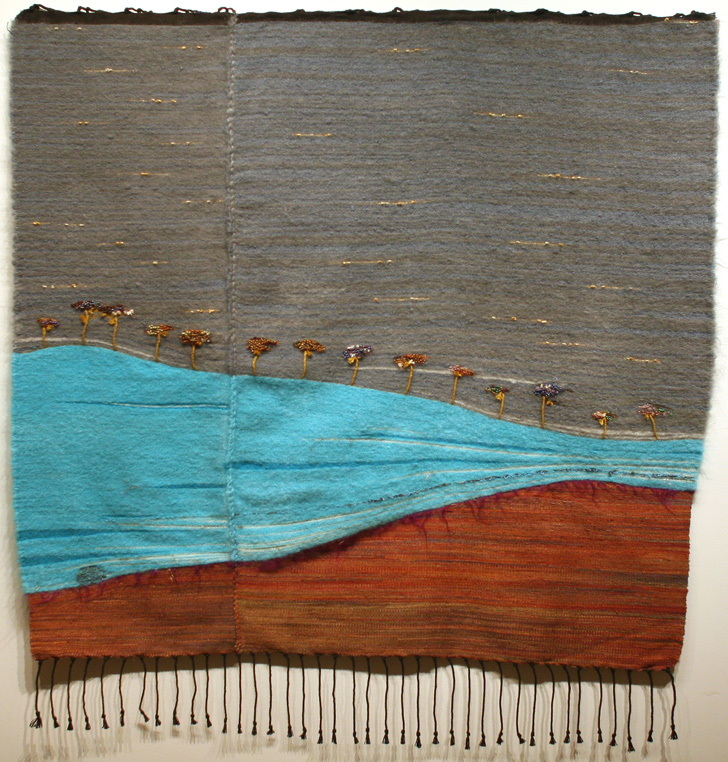