Amelia Winger-Bearskin is currently an Assistant Professor of Studio Art and Cinema Studies at Vanderbilt University in the area of Time Based Media Arts and Performance, in Nashville, Tn. She was classically trained as an Opera Singer in Rochester NY at the Eastman conservatory of music, and then finished her Undergraduate degree at George Mason University in 2000. While at GMU she studied sculpture and time based art and received her BAIS in Performance Art. She went on to do her MFA in Transmedia (time based art) at University of Texas at Austin in 2008. She was in the group show Art in the Age of the Internet at the Chelsea Art Museum in 2007 and was a featured video and performance artist at Basel in Miami, Scope at the Lincoln Center and other art fairs consistently since 2007 as an artist at large for the perpetual art machine [PAM]. She has been focusing her performances primarily on Asian performance festivals this year as she finds that regionally Asia has created a unique method of support for Performance Art, she has performed at the 10th Annual OPEN ART Performance Art festival in Beijing, China, The Performance Art Network PANAsia ’09 in Seoul, South Korea, the TAMA TUPADA 2010 Media and Performance festival in the Philippines. She recently spent a month in Sao Paulo Brazil where she performed as the first American performance artist to be invited to the Verbo Performance Art Festival and was part of an international scholar exchange sponsored by University of Sao Paulo and Vanderbilt University VIO and Art Department. Spring /Summer 2012 she will have a sound/video/multimedia installation throughtout the Nashville International Airport and will be in Tasmania, Australia to do an artist in residence at the University of Tasmania. 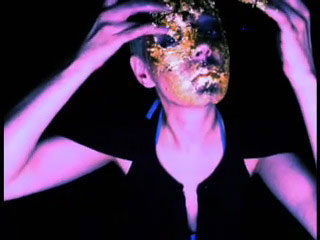