On view through Sunday, July 8th

A LONG TIME COMING
“Alchemy. Creation. Beginning. Mastery of the four elements of fire, earth, air and water. The Magician is the Master Creator with her ability to forge a new path with seeming effortlessness. The magic of the Magician in that she uses all the tools in her possession to create what she wants and the elements bend to her will. With the universal symbol of infinity over her head the Magician’s power is endless.”

As the world theoretically draws to its oft-projected conclusion, the need for new realities presses on our collective unconsciousness. Whether these predictions are true or not, the possibility that the world will end presents the opportunity to fall in love with your world again, turn language inside out, and revel in the absurdity of experience.

A LONG TIME COMING presents an alchemical vision of hidden histories, trash culture, and synchromysticism. This group show aims to dispense with the austere and the hyper-analytical. We are asking the hidden realms of the mind to come out and play. Create your own reality, open yourself to possibility, and embrace the unimaginable.

COLE ROBERTSON was born in sunny Arizona, and moved to frigid Chicago in 2003. He received his BFA in Photography from Arizona State University, and a Photography MFA from Columbia College Chicago, and has exhibited nationally and internationally. Working in practically every type of photographic medium, including 19th century processes, type-C, digital imaging, and video, he often attempts to seduce his viewers with beauty and humor, sometimes subtly playing with their brains (as so many seductions do). His work explores the spaces between, before/after, around, or attendant to the photographic image. Through transmutation, alteration, animation, destruction, etc., he disrupts the transaction between viewer and image, hoping to provoke analysis and hinder absorption. He currently teaches at the School of the Art Institute of Chicago in the Photography and Art History, Theory, and Criticism departments.

More information on Cole Robertston can be found at www.colerobertsonphoto.com
ELINA MALKIN is a Pennsylvania based artist who creates multimedia works spanning the mediums of video, photography, collage, sculpture, performance, and installation. Her most current work examines spiritual pseudoscience, including Wilhelm Reich’s Orgone theory, Plastic Shamanism, or the inauthentic New Age appropriation of Native American and other rituals, as well as her own spiritual background, which includes practices of Judaism, Quakerism, Tibetan Buddhism, and other more occult and mystical interests encouraged by family and studied academically through the lens of ethnography. She experiments with different forms of divination as tools for personal insight, eking out gems of genuine enlightenment from illusion and abstraction. Her works hover emotionally between a sincere desire to trust in the power of these tools and a rational view of their actual effectiveness. Elina received her BFA in Industrial Design from Carnegie Mellon University in 2005, and and MFA from the University of Pennsylvania in 2011.

ELISA “POOPER” HARKINS is a Native American composer and artist originally hailing from Miami, Oklahoma. In 2010 she had a life-threatening bike accident, and during her recovery she was mostly bed-ridden and turned to electronic music as a creative outlet. Her music, animation, paintings and paper mache sculptures investigate Native American stories, rituals, and spirituality through a the lens of someone raised on pop culture and computer games. She has shown her work at the MCA Chicago, Andrew Rafacz Gallery, Club Nutz, ACRE Projects, Secret Project Robot Room, Design Miami, and Locust Projects Miami. She is currently bailing out NYC. Pooper wants to be your friend. BFF ’til the very end.

More information about Elisa “Pooper” Harkins can be found at www.pooper.co

MARVIN ASTORGA is a Chicago-based artist originally from El Paso, TX, and part of the band/collective Xina Xurner. His work embraces the pathetic, worthless, absurd, and abject, and uses the language of failure and futility to cast a critical eye on the value systems in place in contemporary art practices and discourses on identity. His interdisciplinary practice uses futility as a starting point for creative reinvention of the artist’s identity. Marvin received his BFA from Yale University in 2004.

More information about Marvin Astorga can be found at www.marvinastorga.tumblr.com

VIRGINIA ABERLE was born in Miami, Florida, and currently lives and works in Chicago, IL. Her work combines painting, sculpture, sticks and trash to make talismans, exploring object-making to fulfill desires both extraterrestrial and trivial. She received her BFA from the University of North Carolina in Asheville in 2010. She is co-director of Roxaboxen Exhibitions, a 6,000 square-foot facility in Chicago. 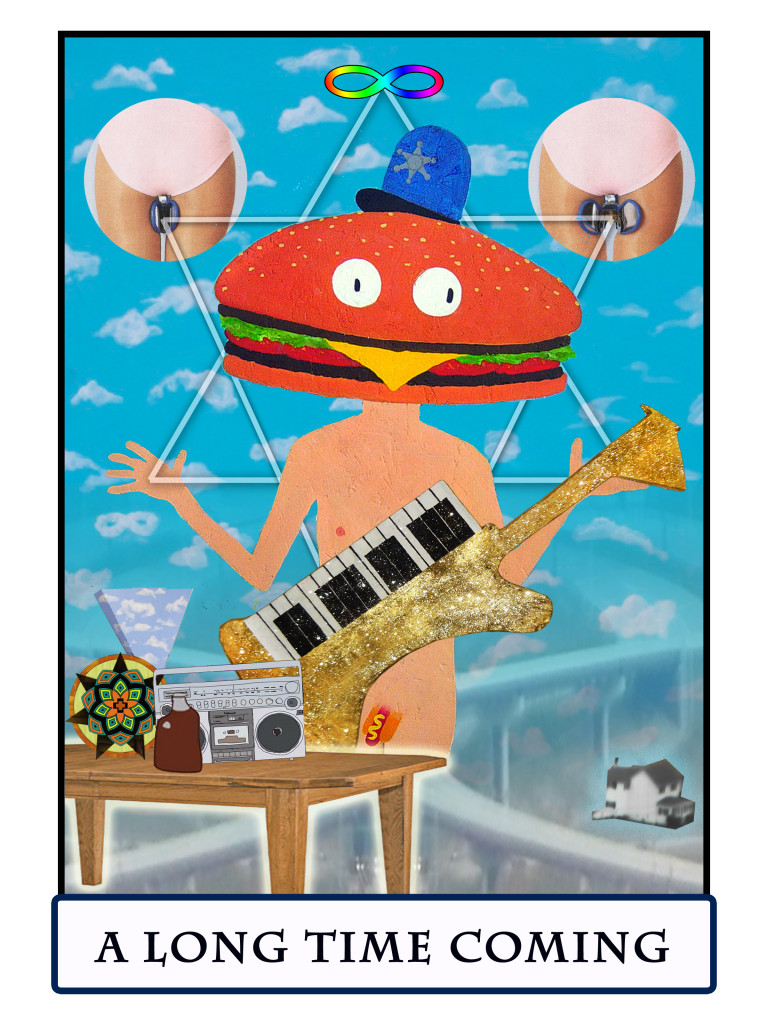