On view through Thursday, May 24th

Contemporary American families are impossible to describe using the statistics or comfortable stereotypes of the past. This makes them a compelling challenge for writers and artists. Matthew Avignone is a young Chicago photographer (b. 1987) who introduces us to his unique family through formal portraits and revealing snapshots. This is Avignone’s first solo exhibition and most viewers will recognize a mastery that belies the artist’s age in these two photographic formats that remain essential to what we desire in family pictures.

Avignone came to his subject through his own voyage of discovery in college. He grew up south of Chicago in Peotone and Bourbonnais, Illinois, as the oldest adopted child in a multi-racial family. Two sisters and a brother, like himself, are Korean, his youngest brother is from India. He first found other Koreans who had been adopted by white, middle-class American parents, when he left his studies in mechanical engineering at Olivet-Nazarene University to pursue a degree in photography at Columbia College Chicago; he received his B.A. in 2011. What had been trying times in his adolescent and racial identity struggle helped him flourish as a photographer when he decided to investigate his own American story and family. Learning directly from veteran photographers at school and gaining an appreciation for the published work of the legends of fashion and celebrity photographers Irving Penn and Richard Avedon, he applied his new skills by depicting the members of his family and their suburban environment. The subject developed his skills in portraiture and led him to recognize the natural order of evolving human interactions: “catching life in the act of living” is how the French photojournalist Henri Cartier-Bresson—of decisive moment fame—once phrased it. Using these techniques with the addition of a few early scrapbook photographs and documents, Avignone shows us what his American family experience has been.

“For many, when hearing the word ‘family’ brings other words to mind: mom, dad, brothers, sisters, love, and birth. But what if you were flown into your mother and father’s arms not by a stork but by a Boeing 747. My siblings and I came from foster mothers and lonely orphanages to parents and a little home in Illinois, some of us healthy and some with life-inhibiting special needs. Once we might have all been strangers, but with time, love, and perseverance we are fortunate to call ourselves one family.”

Avignone’s hand-made artist’s book of his family photographs, An Unfinished Body (2011) was recently accessioned into the collections of two prestigious institutional collections: The International Center of Photography and The George Eastman House. His photographs have been included in group exhibitions in Chicago, Evanston, and Pingyao, China. He maintains an online photostream of his work on Flickr at http://www.flickr.com/photos/fifth_house_slaughter/

Matthew Avignone: Stranger Than Family consists of 20 large-scale photographs taken between 2010 and the present that are accompanied by smaller snapshots as well as and personal documents. An opening reception for the artist will take place May 3rd, 2012 from 5:00p-8:30p at David Weinberg Photography and will be up through May 24th, 2012.

“David Travis was the chair of the department of photography at the Art Institute of Chicago for the past 36 years, starting out as an assistant curator of photography in the department of prints and drawings in 1972. He curated more than 150 photography exhibitions at the institute, and guest curated exhibitions at the National Gallery of Art, the Metropolitan Museum of Art, and other museums around the country. In 1987, the French government awarded him the Chevalier de l’Orde des Arts et des Lettres for his contributions to the advanced awareness of French culture, and Chicago magazine named him a Chicagoan of the Year in 2002. A collection of his lectures and essays, titled At the Edge of Light: Thoughts on Photographers and Photography, on Talent and Genius, was published in 2003.” – Artinfo.com 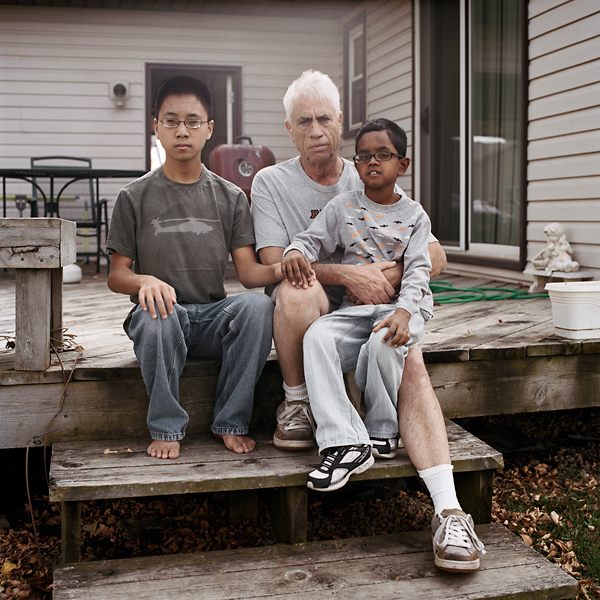