On view through Thursday, May 17th

-featuring a reading by André Schürmann

Since his arrival, Heiss’ approach to the buzzing and sounding city of Chicago was rather a hearing than a seeing one (being the prototype perception in a widely-recognised city of architecture). He chose random sounds (mostly noises) on the grounds of their pictoral properties and made recordings of the various places and machinery:
There are sound samples of transport and the streets, stations, the casino, elevators, ventilations, the home, architecture itself.
Mostly these are representations of late industrialisation as well as contemporary high-end technologies. They are mainly artificial sounds, created by machines, to be ‘translated’ by another ‘machine’.

The next step was this machine-medium or transformer that could create pictures from the sound material or produce information by translation (into a language we don’t quite understand).
Transformation is a leitmotiv in Heiss’ art production. It’s about the search for alternative ways of creating pictures and the provocation of the senses. In this case, the aural stimulation becomes visual and evokes a synesthetic sensation.

The technical equipment for visualising the sounds: MP3-player, amplifier, vibrating speaker membrane, loudspeaker, mirror, micro-tripod, laser pointer, photo paper. The sound is projected onto the paper in a darkroom setting. The exposure time is two seconds.*

It’s interesting that the reproduced sounds resemble photos, drawings or writing but not pictures. In Heiss’ eyes they are a mix between landscape photo, self-portrait, recording in a language/sound way. It can be seen as a translation or transcription, information is being conveyed.

With the production of a wide set of sounds ‘translated’ into visuals, the result could indeed become a sort of an alphabet. The abstract resonance could serve as information carrier. This wasn’t the artist’s main intention. His principal focus lay on conducting the experiment and the trial series.
This unique experiment will be edited in 10 ‘pictures’.

*German physicist Chladni (1756–1827) experimented with the vibration of sonorous glass and metal bodies over which he sprinkled sand (in 1785). Chladni himself was inspired by Lichtenberg’s shapes and sound-trials. 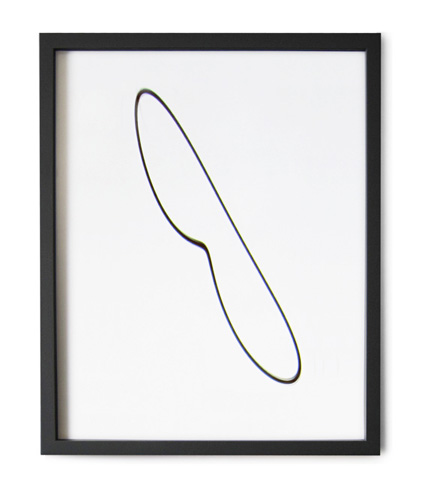