Objet Petit Ahh… is a single-evening exhibition and smashing spectacle of over 30 piñatas created by Chicago artists.

The expression “Objet Petit A” is a term coined by French philosopher Jacques Lacan referring to the idea of an “unattainable object of desire.” Meaning literally “object little-A” the label is summed up in Lacan’s statement: “I love you, but, inexplicably, I love something in you more than yourself, and, therefore, I destroy you.” The piñata-smashing spectacle is intended to highlight the tension between the art object as a value-invested commodity, and the art object as a mediator of meaningful public discourse. Art can be both, of course, but by leveraging the piñata as a form intended to be engaged in a particularly violent manner, the show forces the question of whether regarding the physical art object as commodity limits one’s ability to perceive deeper content within a work of art.

In what could be the most destructive art exhibition in the history of Chicago, all of the artwork in the show will be obliterated by the show’s closing. Whatever various and sundry contents should spill forth from the piñata sculptures will immediately be considered public property.

This show is companion to the original “Objet Petit A,” which took place in September of 2009 at Spoke (and the alley adjoining the 119 N. Peoria building) in the West Loop, and is curated by Dayton Castleman and Matthew Dupont. 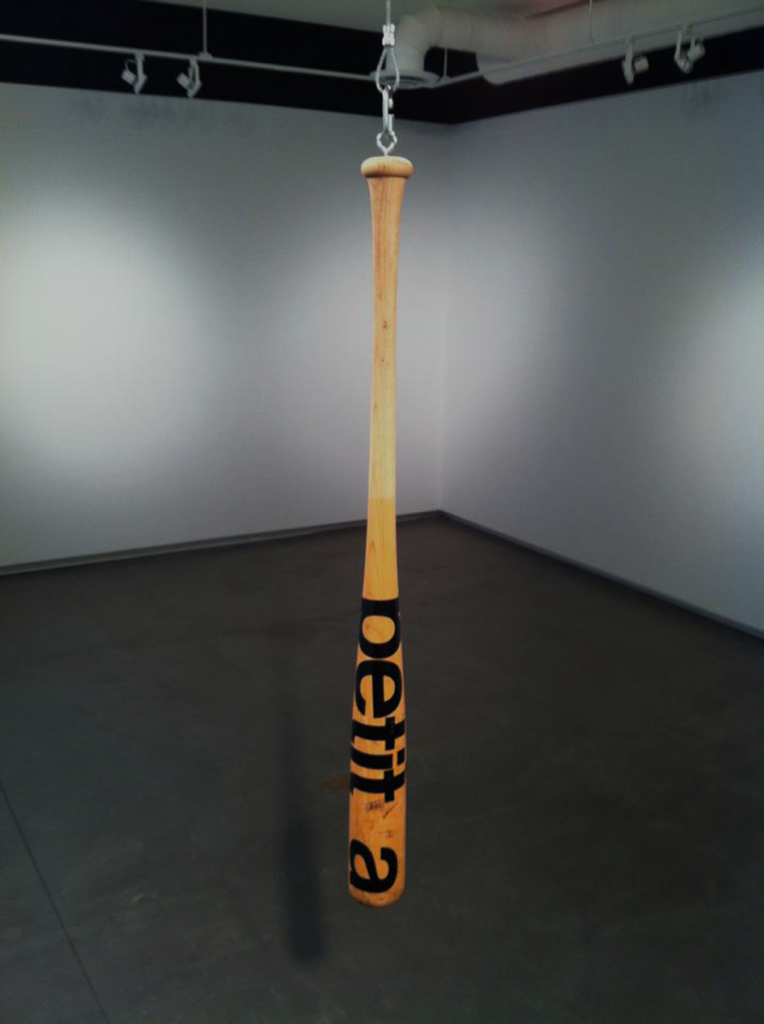