On view through Saturday, May 5th

65GRAND is pleased to present FRESH FAT, Erik Wenzel’s second exhibition with the gallery. Wenzel describes his situation in life and art as often that of an alienated observer. “Social interaction is extremely important, I value conversations as a significant part of life and as a vital part of my art making practice. But there is the solitary process of observation and compilation that forms the core of my process.”

Wenzel paraphrases Ralph Ubl’s explanation of Dieter Roth’s “Mundunculum”: The artist is a skin on which the inner and outer imprint. But it is perforated: eyes, nose, mouth, ears, anus, pee hole and so on. Or, the artist is a Möbius Strip, a mirror that separates life on one hand and is also a reflection on life.

This exhibition, which includes a video projection, a cluster of household objects, and a picture of the Swiss countryside, comes from the intersection of everyday life and consumption as mediated by technology. The video contains high definition footage shot on an iPhone; the objects are sold through the gallery on Craigslist; the image can be downloaded as a desktop wallpaper from the gallery’s website. Accepting that “pro-sumer” technology and commercial exchange is the condition of everyday life, FRESH FAT is about the way one’s seemingly disordered accumulation of life experience is filled with content. Content that can be drawn out and examined in spite of-and through-the mediation of modern life. The video is in part a tour of the “ever changing neighborhood” of Wenzel’s father’s youth. The items, existing in both art and re-sale contexts, are the last remnants from the artist’s apartment when he sold his possessions and moved to Berlin. The picture, as perfect and generic as a Windows desktop, is tied to a specific time and place-a memory.

Erik Wenzel currently lives and works in Chicago. Recent solo exhibitions include: If travel is searching & home what’s been found at the WerkStadt Kulturverein in Berlin, DE in 2011. Live A Little, Live Ennui at Harold Washington College President’s Gallery, and New ‘N’ Lonelier Laze at DOVA temporary, both in Chicago in 2010. Earlier this year he participated in Arte No Es Fácil, a collaborative exhibition series pairing Cuban and American artists hosted by Links Hall, Chicago. Wenzel has been written about in publications including Artforum.com, Bad at Sports, Chicago magazine, The Chicago Sun-Times and Newcity. He is co-editor and contributor to Internal Necessity: a reader tracing the inner logics of the contemporary art field published by the Sommerakademie at the Zentrum Paul Klee and Sternberg Press. Copies of which are available at the gallery. 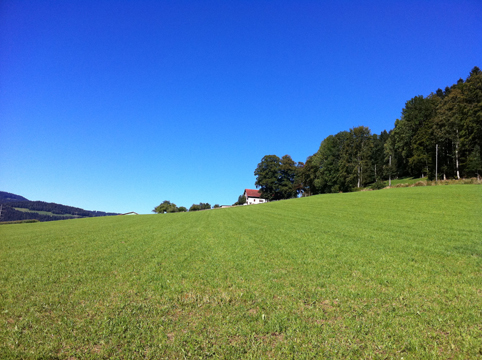