The third in a series of four 2012 UIC MFA candidate artist talks. The four students will discuss their work and their concurrently running thesis exhibition, “On Beyond Zebra.”

Jeremy Bolen grew up moving throughout America, living in seven different states before turning 18. A recent recipient of the Provost Award for Graduate Research, Bolen will be using the award to travel to CERN, the European Organization for Nuclear Research, in Geneva, Switzerland, continuing his collaborations with experimental high energy particle physics. Bolen’s work was recently exhibited at Catherine Edelman Gallery, Chicago and Roots and Culture, Chicago. Bolen will be exhibiting his work at Co-Prosperity Sphere and Andrew Rafacz Gallery, both Chicago.

Paul Cowan is a painter whose work has been exhibited at venues including Shane Campbell Gallery, Chicago; West Street, New York; the Institute of Contemporary Art, Philadelphia; Michael Jon, Miami; Young Art, Los Angeles; and Jancar Jones, San Francisco. His work will be included in upcoming exhibitions at the Museum of Contemporary Art, Chicago; Clifton Benevento, New York; and Important Projects, Oakland. Cowan received a BFA from the Milwaukee Institute of Art and Design in 2007.

Working in film and video, Marianna Milhorat utilizes landscape and duration to disrupt and transform notions of space and perspective. Milhorat’s work has screened at festivals including the International Film Festival Rotterdam, the Ann Arbor Film Festival, the Chicago Underground Film Festival, and the Images Festival, Toronto. She received a BFA from the Mel Hoppenheim School of Cinéma at Concordia University in 2007.

Neal Vandenbergh is a Chicago-based artist working in sculpture, drawing, and video both in and outside of traditional exhibition spaces. His work was recently included in exhibitions at Eelspace, Chicago, IL, and Heavybrow Gallery, Bloomington, IL. 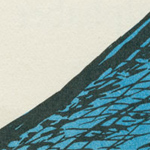