On view through Tuesday, February 11th

DEFIBRILLATOR Gallery is pleased to announce a new work by Roberta Lima in collaboration with Fearghus Ó Conchúir called, ReBirth. Roberta begins with her body as a site for research, eventually incorporating various media such as photographs, video and installation to create images that are both subtle and jarring.

In the performance and installation ReBirth, the body is used, bruised, and scratched – yet remains strong. The dialogue it establishes points out the historical use and traces of human bodies in the process and products of architectural construction.

Roberta Lima was born in 1974 in Manaus, Brazil. After graduating with a degree in architecture in 2002, she moved to Europe where she now lives. In 2007, after earning a Master’s degree in Fine Arts, she began her PhD studies at the Academy of Fine Arts Vienna. She is in Chicago for a residency through the Austrian ministry of arts and culture. Fearghus’ major creative preoccupation has been the relationship between bodies and buildings in the context of urban regeneration, a preoccupation that has manifested itself in film and in live performance in Europe, the US and China. Learn more about Fearghus Ó Conchúir at www.fearghus.net and Roberta Lima at www.robertalima.com 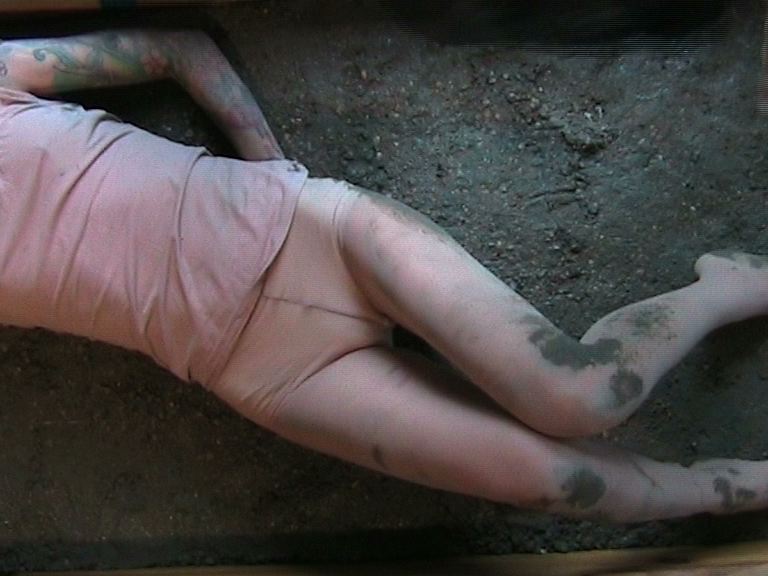