It is with great pleasure that Corbett vs. Dempsey presents Negative Joy, a show of new work by Molly Zuckerman-Hartung.

In her first exhibition with CvsD, Zuckerman-Hartung continues a deeply inquisitive exploration of painting as a primary practice, investigating its material raptures, intellectual speed-bumps, and conceptual limits.  Zuckerman-Hartung, who was raised in Olympia, Washington, and now lives and teaches in Chicago, simultaneously has an adoring relationship with paint – its gooey, viscous, repulsive, sexy physicality – and is also instinctively skeptical of its fetishistic power.  Working abstractly, in relatively small scale, she reaches into a deep trick-bag, pouring, spraying, incising, collaging, assemblaging, linking, amputating, and otherwise thoroughly working
and reworking her canvases.  An earlier interest in modernist geometry has been subsumed in a much wider array of effects, blasting open cubist facets and placing them in an explosive array of textures, colors, and even images.

Ferociously original and intent on maintaining a permanent personal revolution, Zuckerman-Hartung has rapidly become one of the most visible artists of her generation to emerge in Chicago.  Very recent exhibitions have included Anna Kustera Gallery (New York) and Spazio Cabinet (Milan), and in upcoming months she will be featured in one-person exhibitions at Jacky Strenz (Frankfurt) in March, and the Museum of Contemporary Art (Chicago) in May.

Negative Joy is accompanied by a 44-page catalog featuring full-color reproductions of the paintings and a conversation between John Corbett and Zuckerman-Hartung.

In the East Wing, CvsD is delighted to present the first Chicago exhibition of work by the maverick Czech photographer Miroslav Tichý (1926-2011).  Known for his materially distressed pictures of women in the artist’s hometown of Kyjov, taken on one of several handmade cardboard cameras starting in the 1960s, Tichý’s unique and hermetic images have a mystery and allure that is darkly leering, funny, and often strangely tender.  The New York Times called the work an “uncanny fusion of eroticism, paranoia and deliberation.”  For some of the prints – which are unique, not editioned – he created quizzical colored-paper frames, crudely decorated with ballpoint pen. Not quite like any other contemporary photographer, Tichý’s work only came to light in 2004, but since then he has been the subject of many solo exhibitions from Beijing and Tokyo to Paris and London.  His first U.S. exhibition was in New York in 2005; in 2010, the International Center for Photography (New York) presented an expansive solo retrospective. 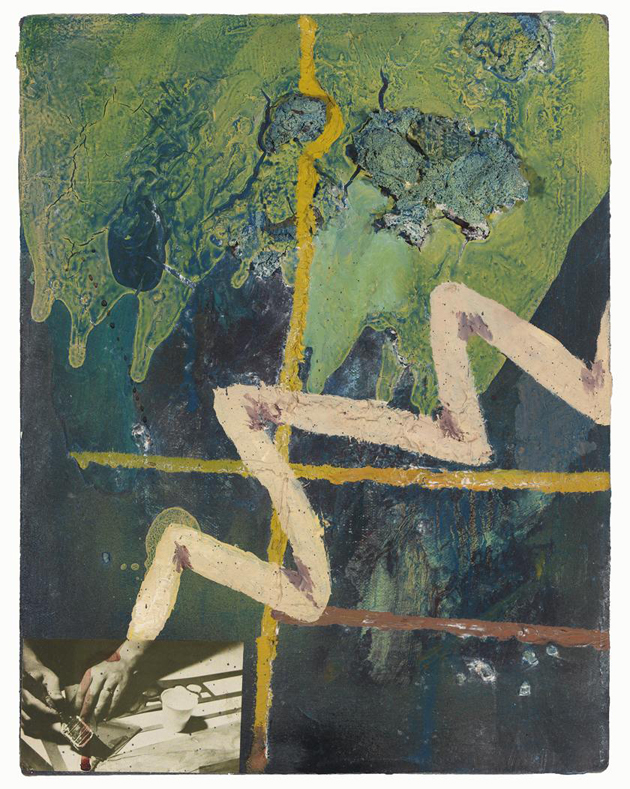