Paul D’Amato (American, b.1956) was born in Boston where he attended Boston Latin School at the height of racial unrest, civil rights, and bussing. After receiving an MFA from Yale he moved to Chicago where he discovered the communities of Pilsen and Little Village. He spent over 15 years focusing on the Mexican-American community, building a rapport with members of the community leading to a body of unhibited portraits, capturing celebrations and every day life.

In 2003, D’Amato began photographing three public housing projects in Chicago: Rockwell Gardens, the Henry Horner houses and Cabrini-Green, creating a deeply moving portfolio of photographs. D’amato photographed residents of the projects as well as studies the remains of the buildings from shattered mirrors to peeling paint to a series investigating paintings and graffiti left behind.

Paul D’Amato currently lives and teaches at Columbia College Chicago. The John Simon Guggenheim Memorial Foundation awarded him a Fellowship in 1994 and a Subvention Grant in 2004, the Illinois Arts Council recognized his work with Grants in 1989 and 2005. He was also awarded a Pollock Krasner Grant and a Rockefeller Foundation Grant to Bellagio, Italy. His monograph Barrio, Photographs from Chicago’s Pilsen and Little Village was published by University of Chicago Press in 2006. His work is in the collections of the Art Institute of Chicago and the Museum of Modern Art, New York. He is represented by Steven Daiter Gallery in Chicago.

Paul will be in conversation with Gregory Harris, the Assitant Curator of the DePaul Art Museum.

Before coming to DePaul, Greg was a Guest Curator and Researcher in the Department of Photography at the Art Institute of Chicago, where he curated the exhibitions In the Vernacular, Of National Interest, and The Concerned Photographer. In 2011, he was a Guest Curator of the School of the Art Institute of Chicago’s MFA Thesis Exhibition. Greg received an MA in art history from SAIC and a BFA in photography from Columbia College Chicago. In addition to his work at DPAM, Greg also teaches history of photography at Columbia College. 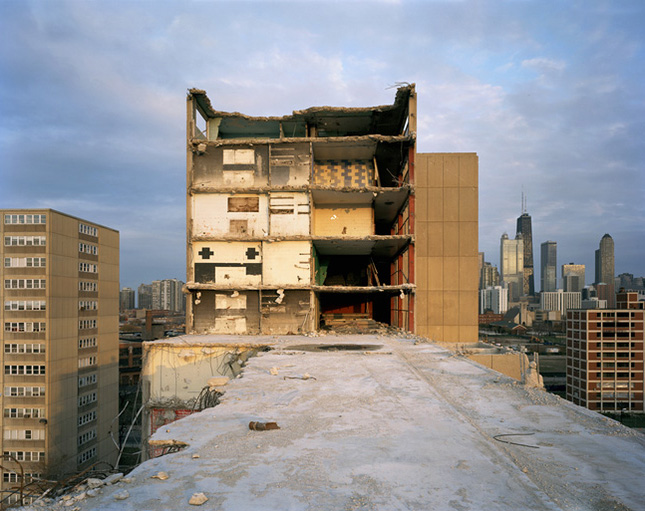