On view through Saturday, February 25th

Study for Convergence Performance (ice) is the second work in a series that seeks to conflate the artist’s studio as a performative site of production, the space of display as the reception of image, and landscape as site for epic but apathetic metaphor. It uses the devices of the theatrical stage and the green screen; both of which operate as a “non-space” that allows the conflation of multiple contexts or sites. She uses imagery from landscapes that shift in time, such as bodies of water including glacier fields. The title of the piece refers to Robert Smithson’s idea of “the range of convergence between site and non-site” whereas the land from the originating site is placed in the container of the non-site. In Study for Convergence Performance, the site of origin and the sign of site converge as they transpose in a collapse of time. 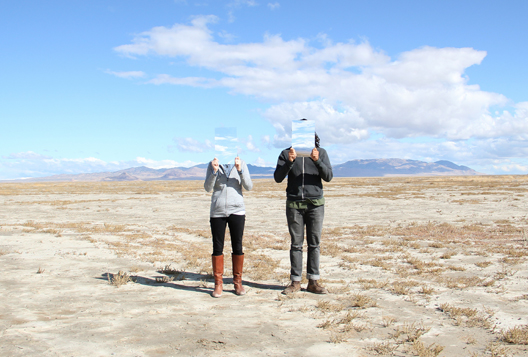