I am the Queen

On view through Wednesday, January 19th

I am The Queen takes a look at the often unobserved life of Chicago’s Puerto Rican transgender community. This film documents the Cacique Pageant, the first annual transgender/drag pageant held in Chicago’s Humboldt Park neighborhood. I am the Queen follows Bianca, Julissa, Jolizza and Alayna as they prepare for the Cacique Pageant and negotiate being a teenager and transgender in a predominantly Latino neighborhood of Chicago. The film exposes the restructuring of the family unit experienced by pageant participants who are often distanced from their biological family only to find kinship among others in their community. Q&A following the screening. Doors at 5:30pm, screening at 6:00pm. 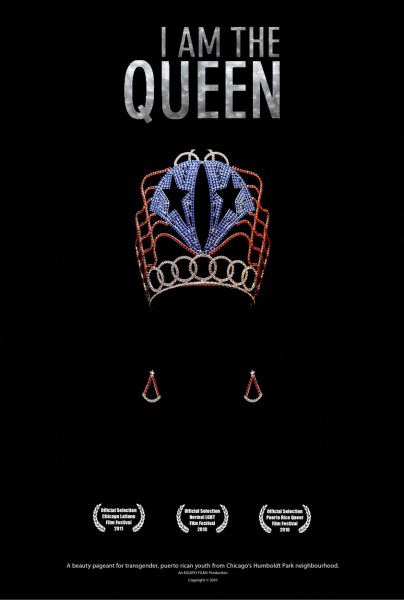