GURL DON’T BE DUMB is excited to announce its first exhibition. Co-founders of GDBD, Eileen Mueller and Jamie Steele have curated STICKLIP, a one night event in partnership with Upstairs Gallery.

The show features photographic, sculptural, and video works that explore the gap between visions expected and realities performed of self, sexuality, and pride. Through these collected works GURL DON’T BE DUMB makes the proposition that perhaps a true elegance is to be found within the pathetic.

Join us this Friday December 16th at Upstairs Gallery at 5219 N Clark Street. The opening reception begins at 6pm followed at 8pm by 2 hours of all gurl improv comedy! After the performances stay for the after party where GDBD will be hosting a dance party and reception of pink champaign! 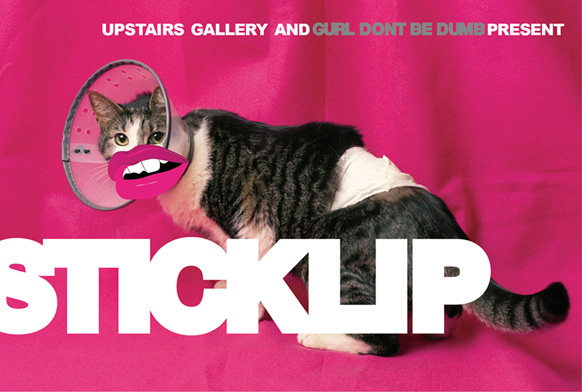