Alderman Exhibitions is please to host the Center for Experimental Lectures in its inaugural event with presentations by Anthony Elms, Edie Fake, and Andy Roche. The program will feature three new lecture/performances by these creative producers followed by an open discussion.

Anthony Elms’ lecture, entitled I want to lick this animal skin that falls, well cut, from your round shoulder, explores fragments of a reconnection between fashion and art, manifesting the possibility that “winter whites are a myth, and that’s a good thing.” Elms is Associate Curator at the Institute of Contemporary Art, Philadelphia, and is also the Editor of WhiteWalls Inc. His writings have appeared in Afterall, Art Papers, Artforum, Cakewalk, Modern Painters, and New Art Examiner, among many others. He has also written essays for many catalogs. As an artist, Elms has been included in projects exhibited at the Hyde Park Art Center in Chicago, Mandrake in Los Angeles, Mess Hall in Chicago, and VONZWECK in Chicago, among others. He has independently curated many exhibitions, including: Sun Ra, El Saturn & Chicago’s Afro-Futurist Underground, 1954-61 (with John Corbett and Terri Kapsalis); Interstellar Low Ways (with Huey Copeland); Can Bigfoot Get You a Beer?, and A Unicorn Basking in the Light of Three Glowing Suns (both with Philip von Zweck). He was the Assistant Director of Gallery 400 at The University of Illinois Chicago from 2005 to 2011.

Edie Fake’s lecture The Sexual Life of Patterns explores the concept of “the weave” in relation to textiles, gender, and the trans body. Extending the logic of intuitive herbalism, magic, and tarot into textile decoration, ornamentation, and repetitive pattern, Fake’s lecture will explore the physical meaning of patterns that are integral (woven in) and imposed (printed on). Fake proposes patterning as about the interaction of bodies—tessellating patterns as trans, stripes as individuals, paisley, plaid, checks, and so on. Edie Fake was born in Chicagoland in 1980. He graduated from the Rhode Island School of Design in Providence in 2002 and has since clocked time in New York, Los Angeles, San Francisco and Baltimore. His visual art work, dealing heavily with the confluence of love and fury in queer utopian visions, has been shown at LACE in Los Angeles, Dumbo Arts Center in Brooklyn, and Gallery 400 at UIC Chicago. He was one of the first recipients of Printed Matter’s Awards for Artists and his drawings have been included in Hot and Cold and LTTR. His first book, Gaylord Phoenix, was released last winter and won a 2010 Ignatz Award for Best Graphic Novel. He currently lives in Chicago and works as a small press sommelier for Quimby’s Books.

In Andy Roche’s new lecture Do You Feel Like We Do, he will speak about verbal abstraction as both empathic and agonistic. With references to his own work, Peter Frampton, and use of an effects table, his talk aims to explain expression that uses “less than an idea”. Andy Roche is a Chicago based artist working in diverse media exhibited in both gallery and screening settings. In 2008 Gallery 400 at UIC hosted a solo show of his work. In June of 2012, Roots and Culture Gallery will host a solo exhibition of his work. His band Black Vatican released the album Oceanic Feelin’ on Locust Music in 2011. 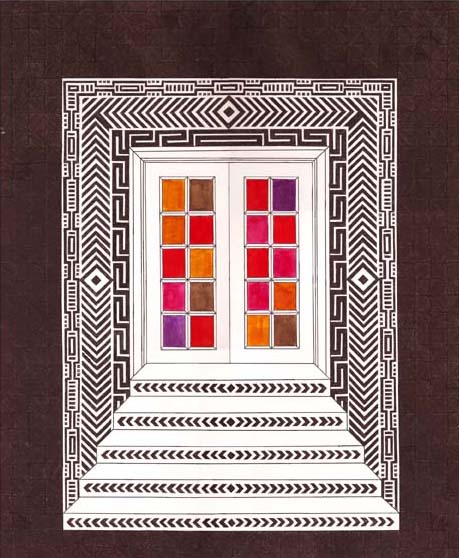