Stephanie Brooks: Let me not to the marriage of true minds admit impediments.

“Let me not to the marriage of true minds admit impediments.”

The formal aesthetics of poetry and how figurative language describes affection and emotion is an ongoing investigation for Stephanie Brooks, whose practice includes an archive and classification of metaphors.

For the exhibition in the front yard gallery at Terrain, Brooks has created yard signs with excerpts of text from Sonnet 116 by William Shakespeare. Confounding our expectations of the political nature of signs conventionally used to declare the political leanings of the homeowner, Brooks has replaced such declarations with Shakespeare’s poetic musings. The signs will first take the form of common political signs and over the course of the exhibition be replaced by real estate signs imprinted with alternate excerpts from the sonnet.

Stephanie Brooks is a conceptual artist living in Chicago. She earned her BFA degree from Ohio University and MFA degree from The University of Illinois Chicago. She exhibits her work nationally and internationally including exhibits in Atlanta, Chicago, Berlin, Denmark, Indianapolis, London, Los Angeles, Louisville, San Francisco, New York, Vienna, Phoenix and Hawaii. She is an Adjunct Associate Professor teaching in the Sculpture Department and BFA Writing Program at The School of the Art Institute. Her gallery affiliations are Rhona Hoffman, Chicago and Peter Blum, New York. Recent publications include Love Is A Certain Kind Of Flower, Green Lantern Press and Poem and Poem Forms, Illinois State University Press. Her artworks are included in the permanent collections of The Whitney Museum of American Art, The Museum of Contemporary Art Chicago, The MacArthur Foundation, Microsoft Corporation and Philip Morris Corporation. http://www.stephaniebrooks.com/
About Terrain: Joining the thriving group of artist-run exhibition spaces, Terrain is a new public space in Oak Park, IL started by artist Sabina Ott. Terrain is dedicated to featuring interventions into the conventional landscape of a front yard by emerging as well as established artists who have been invited to create a site – specific work. Artists are chosen for their ability to make artworks that challenge the space between public and private, decoration and function, figure and ground.

Terrain is a new art platforms accessible and visible 24 hours a day, year round. Situated in Oak Park, a traditionally liberal multicultural village, Terrain is directly across from Longfellow Elementary School, across from Longfellow Park near Ridgeland and Jackson Avenues. Visitors, neighbors, school children, teachers and their parents will be exposed to challenging contemporary art, offering the experience of discovery and surprise to the community. Terrain will exhibit work that expands the audience of an artwork and the function of a suburban front yard. 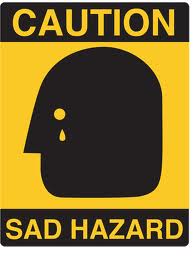