The 2011 Zummertapez video mixtape series continues with a program of work by Chicago filmmaker Lori Felker. Felker’s film and video work uses wry humor and formal inventiveness to playfully investigate human behavior, travel and interactivity. Felker will present a mixtape “forged from my memory of television, game-play and the obliteration of the fourth wall.” The Zummertapez format will feature excerpts from her films Bild Quilt (2005,) Millimeters (2008,) This is My Show (2009,) Imperceptihole (w/ Rob Todd, 2010,) The Mirrored Curtain (2011) and Across and Down (in-progress) collaged with snippets of feature films, television shows, artist works and home movies that have inspired or influenced Felker as a filmmaker and person.

Lori Felker is a filmmaker, curator, festival programmer, cinematographer and teacher living in Chicago. Her films have screened in festivals and venues around the world, including the International Film Festival Rotterdam, the Florida Experimental Film Festival, and the Wexner Center for the Arts.

The Zummertapez screening series invites artists to create a video mixtape that combines excerpts of their own work with material that inspires or influences them. Launched by Alexander Stewart and Andy Roche in 2007, the goal is to produce a more sociable and engaging artist talk. The 2011 Zummertapez series will conclude with a mixtape from Lilli Carre on August 21. 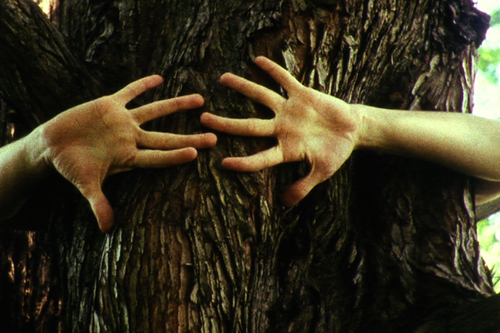