Destineez Child, comprised of artists April Childers (on view in the upstairs gallery) and Carmen Tiffany, offer items for your convenience. They are “…providing the best stuff around the area.” Some of the great ideas that got Destineez Child started and inspired an entire empire are the Oscillating Ashtray, Cute Bread (with designer cut outs) and Fragrances for her or him (her: Easy Cheez, him: Beefnut Water) They have performed all over the globe, most recently at Grace Exhibition Space, Brooklyn, NY and the Seven Art Fair during Art Basel Miami Beach. Life-size replicas of the artist will be in attendance. Destineez Child will have something for you that is “convienent.”

Both Destineez Child and BEAST appropriate familiar and distinct nomenclatures. In so doing, they speak a language that is both coherent yet disguised. The shift of frame creates a new syntax that becomes the core of creative production. Recall the child hood game that degrades an original phrase through repeated whispers, until it’s source is lost. A similar gestalt is apparent in each of these performances. As the new phrase emerges, though imprecise, it now retains its functionality. Here, this temporal and spatial shift in cultural grammar becomes the locus of the creative pursuit. 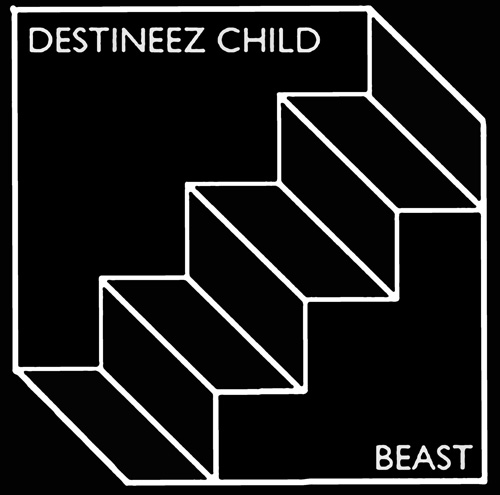