Seems: Integrations with the physical and social periphery of the museum

Seems was initiated and realized as a result of conversations between David Mickenberg, the former Director of the Mary and Leigh Block Museum of Art and myself during the construction of the new museum in the spring of 2000. This impressive new structure, designed by Dirk Lohan of Lohan Associates, was completed and inaugurated in September 2000 and opened with major exhibitions in each of its four main galleries. I proposed and exhibition of artwork “hybrids” and installations by seven artists working in various approaches that would speak to the functional or utilitarian potential of the aesthetic object. Director Mickenberg responded positively to the idea and suggested a way to present this project during the opening series and use it as an opportunity to address the rich possibilities for this new space to be a venue for challenging curatorial projects. By generously offering us the use of any non-assigned space (lobby, hallways, interior and exterior walls and the museum grounds) he allowed us to contexutalize our thesis and establish a dialog between the audience and object in a unique and relevant way. The result of his invitation to enter and affect this versatile space was a series of site-specific works that salute their surroundings while gently exerting pressure in an attempt to influence and redirect interpretation and intent. This collaboration between artist and museum resulted in a series of ambitious architectural interventions, site-specific wall works, furniture, recontextualized objects and functional sculpture. Each piece offers the museum visitor an opportunity to acknowledge and reconsider their position in the lively exchange between artwork and receiver. 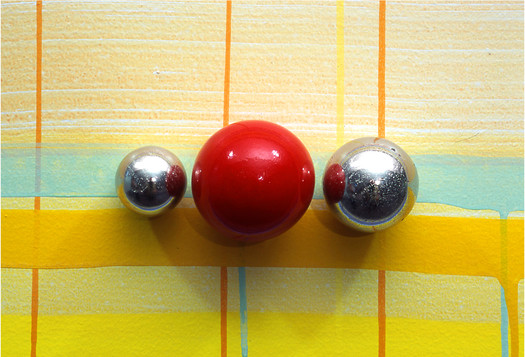