On view through Saturday, April 25th

Over the years, Vera Klement has not strayed from her exploration of abstraction and the expressive qualities of paint. This retrospective exhibition spans thirty-three years and includes twenty-six paintings. From the boldly gouged woodcuts shown in New York in the early 1950s to the present’s painterly impasto, this body of work is immensely varied and inventive. However, it is also unified by recurring themes. Klement has described her concern with alienation and isolation as something that stems from personal experience, and the viewer gains glimpses of that experience through images that reappear throughout her oevre. A vessel, a figure, a ship’s prow, or a bell is often paired with a landscape or a tree. A woman gazing out a window appears again and again. This dualism in Klement’s canvases focuses on the distance between the two depicted elements and yet insists upon their relationship.

Vera Klement has been an active and influential member of Chicago’s art community since 1965. Deeply influenced by abstract expressionism and avant-garde music, Klement’s work resisted the naive and anti-intellectual Chicago style that ws brewing in the late 1960s. Throughout the early 1970s, she exhibited widely as a member of “The FIVE”, a group of abstractionists who banded together against the pervasiveness of Chicago Imagism. OVer the years she has contributed to Chicago as an active supporter of co-operative galleries and as a teacher. Her presence has as an artist has been felt on a national level through one-person exhibitions and museum exposure in New York and throughout the Midwest. 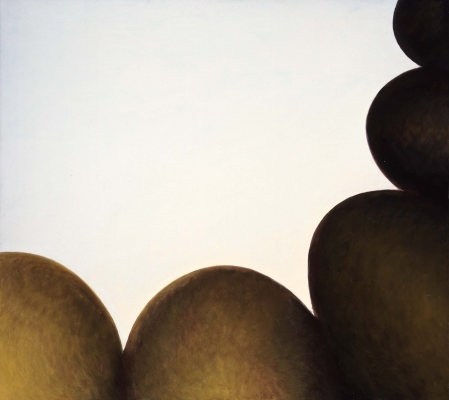